The Palace of Versailles is pursuing its ambition to pass on French skills and expertise in heritage and crafts by hosting a next-generation campus in the Great Stables. The project is being rolled out by the Versailles Education Authority alongside more than one hundred partners. It has the backing of the Île-de-France Region and the Hauts-de-Seine and Yvelines Departments. 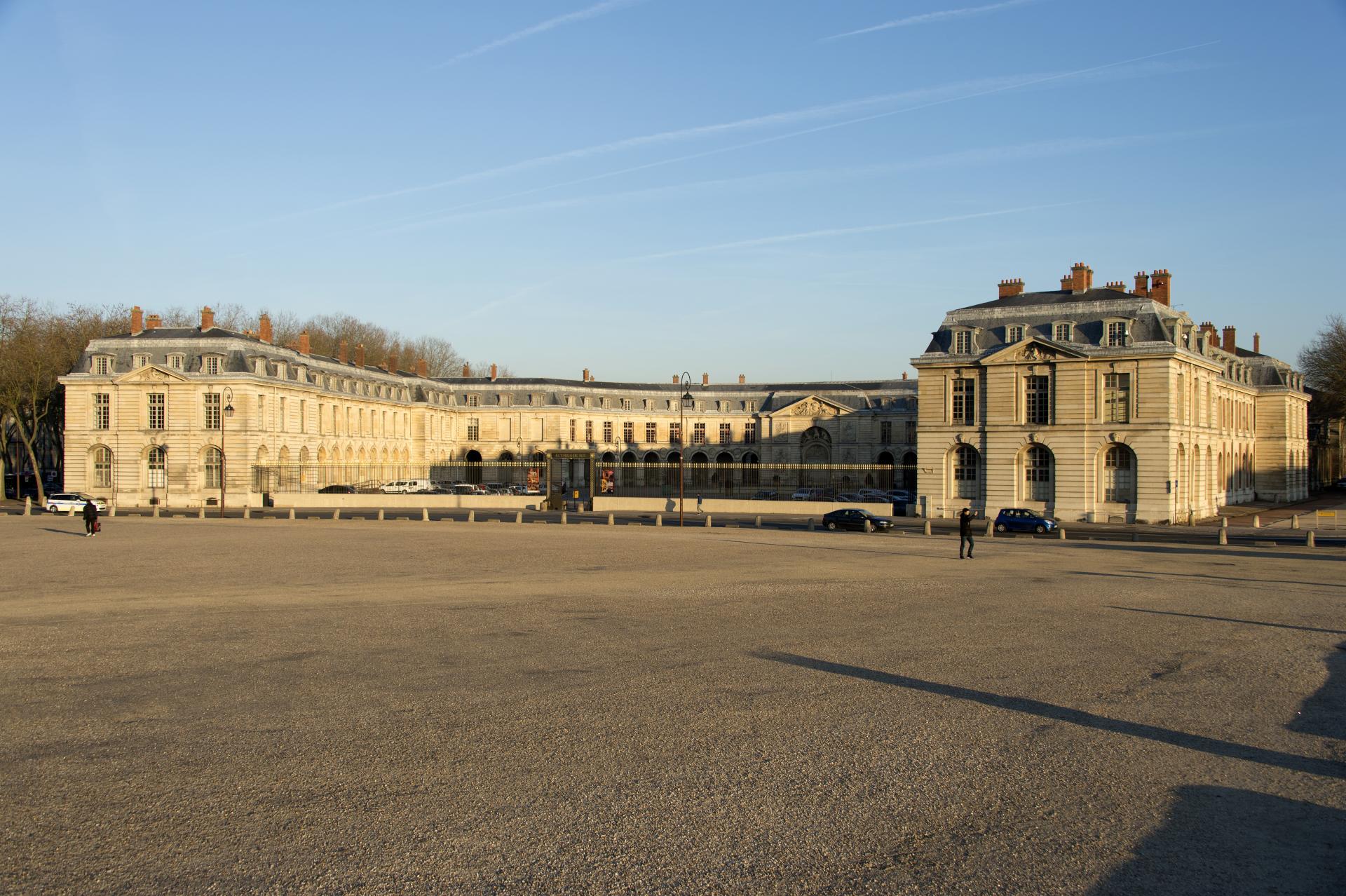 By 2024, the Great Stables at the Palace of Versailles will be home to a campus of excellence dedicated to arts & crafts and heritage. Set around the Gallery of Coaches and the National Equestrian Academy, 7,000 m² of available space (following the decision to bring all the establishment’s administrative departments together in the Grand Commun) will be converted into the first “major training infrastructure” dedicated to French expertise, covering the trades and professions in five sectors:

It will be called "Campus Versailles, Patrimoine et Artisanat" and its purpose will be to meet the need for skills in these world-renowned sectors, to support them in their adaptation to the digital and ecological transitions, and to boost their vitality and international reach.

A TRAINING, INNOVATION AND RESEARCH SITE

Initial and continuous training, apprenticeships, secondary and higher education, cross-sector disciplines: Campus Versailles intends to be a powerful integrator and to use inventive educational tools that both uphold tradition and focus on innovation, all for the benefit of an expected 200-300 learners each week (around 8,000/year). The ambition is to create both a training ecosystem and a research ecosystem, and to link them directly to the needs of companies in order to dovetail training with the labour market.

The available space will be broken down as follows. Nearly 2,000 m² of lab space will be tailored to each sector and dedicated to their design, modelling and manufacturing phases. A similar surface area will be shared by all the sectors, encouraging meetings between pupils, students, apprentices, professionals, scientists and artists. These areas will also have multimedia resources and will enable learners to produce materials autonomously (graphs, videos, etc.). 1,000 m² will be devoted to reception areas, conference space and coworking. 1,000 m² will be open to the public, offering demos and discoveries allowing the public to see the works produced by learners and crafts professionals. Lastly, the campus will be designed as a venue where “nocturnes” and hackathons will be organised, and will boast 1,000 m² of leisure facilities (library, recreation room and sports hall, etc.), along with catering and accommodation.

Additionally, the Versailles estate itself will be open to participants and the C2RMF restoration workshops will provide them with further innovative technical facilities. “The exceptional presence of arts & crafts professions on site will bridge the gap between heritage and creation in these unique career paths”, says Catherine Pégard, President of the Palace. “Versailles has always been a place of innovation in all fields: it was here that the first hot-air balloon took off, the first oil lamps were lit, gastronomy was developed, fashion came into its own, and design was born… Today, this world-class campus is opening up the Palace of Versailles as a venue for endless practical work and as an inspiration for those who sometimes have the least access to it.” 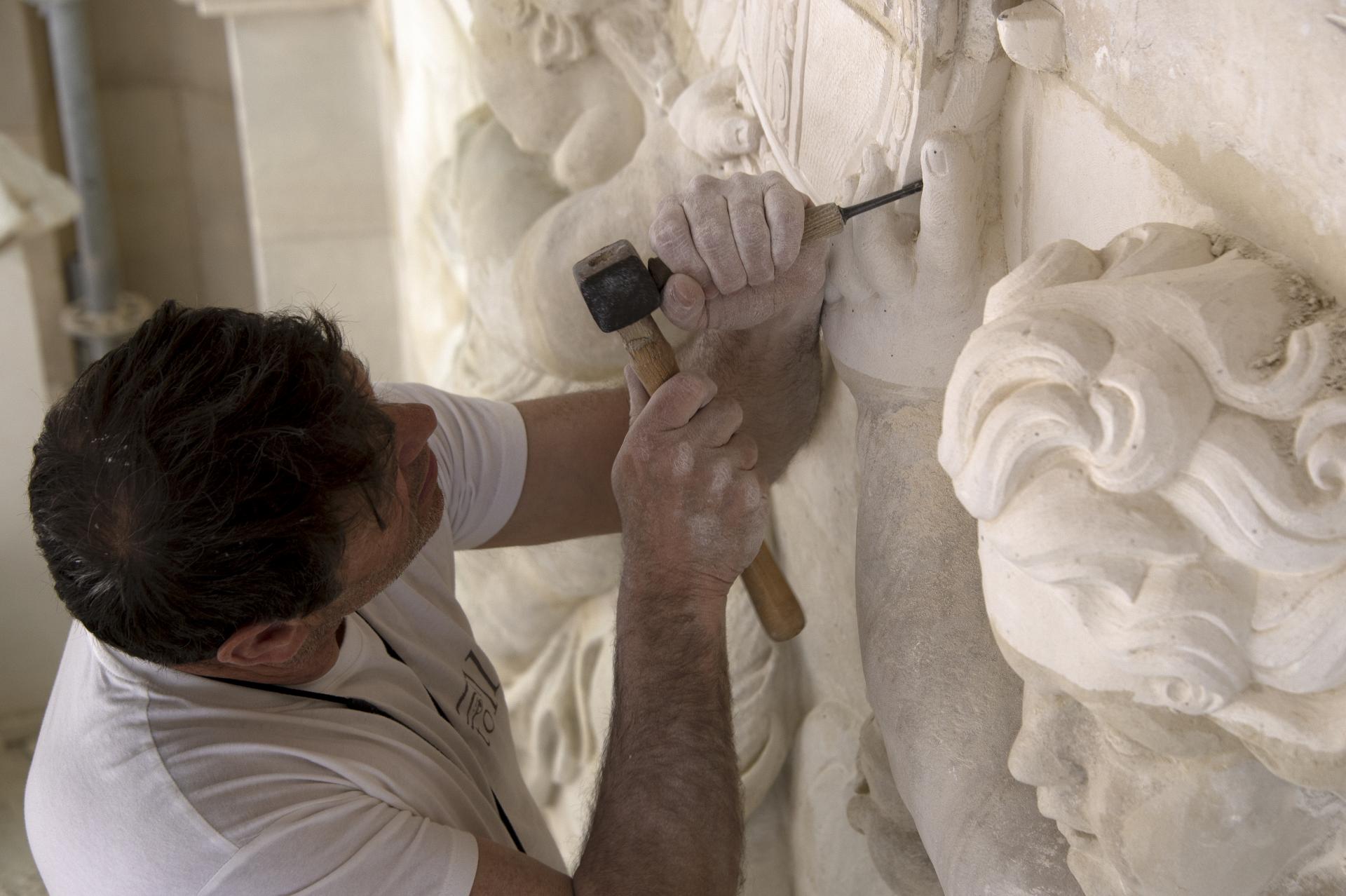 A cutting-edge facility reaching out to France and the world

Campus Versailles is also intended to be a “showcase” project for France and the rest of the world. It will highlight the creative excellence of its training courses, the heritage professions in general and those of the Palace, digital transmission modes, and of course the productions of young learners. It will allow student entrepreneurs, start-ups and SMEs in these sectors to develop their innovations and prototype them alongside pupils and interns in dedicated spaces, as part of selected supervised projects. Partnerships will see numerous international openness actions developed, such as awarding dual degrees, receiving delegations, sharing good practice and incubating European and international projects.

A PARTNERSHIP-BASED APPROACH TO BUILD A PROJECT FOR THE FUTURE

This major pedagogical, cultural, scientific and social project involves over a hundred stakeholders and partners, each working in their own specific area and with different means. There are the public and institutional partners: the Ministries for National Education and Youth; Higher Education and Research; Culture; Agriculture and Food; and Labour. Then there are multiple public and private training structures, with 55 training institutes from the Versailles Education Authority and over 100 from Île-de-France, offering lifelong learning courses. They include Versailles Hospitality School, the Versailles National School of Landscape Architecture (ENSP), the Versailles National School of Architecture (ENSA-V), and the universities of Cergy-Pontoise (CY Cergy Paris Université) and Paris Saclay, of which the University of Versailles Saint-Quentin-en-Yvelines is part. The campus has also mobilised prestigious institutions which will enable pupils and students to apply what they have learned in very concrete ways. First and foremost among these institutions is the Palace of Versailles itself, a key player at the very origin of the project.

As an important infrastructure with strong local roots, aiming to promote heritage and transmit skills, the project is led by the Île-de-France Region with support from the Yvelines and Hauts-de-Seine Departments.

It should also be noted that Campus Versailles comes as part of the launch of the “Chantiers de France” operation designed to promote the trades and professions required to rebuild Notre-Dame de Paris and to renovate heritage on a national scale. On 6 February 2020, Campus Versailles was awarded the “campus of excellence” accreditation, given to campuses that contribute to the development of professions of the future and sectors in which France plays a leading role.

The Great Stables, a prime venue for the transmission of knowledge

Designed by architect Jules Hardouin-Mansart, the Royal Stables were built between 1679 and 1682 and contributed to the burgeoning influence of Versailles and the Royal Court of France under the Ancien Régime. After the French Revolution, these Palace outbuildings were chosen by successive political regimes to serve, variously, as equestrian, military and cultural institutions. The prominent role they played in education and knowledge transmission was a recurring theme in their different guises.

From 1798, the Great Stables were home to the French School for Mounted Troops, and in the following year the National Military Music School (known as the “Trumpet School”) was also integrated into the site. In 1848 it was used to accommodate the National Agronomics Institute and for this purpose its rooms were converted into lecture halls, study rooms, workshops and laboratories, but also a meteorological station in the north wing. The Institute’s activities gradually spread to other parts of the Versailles estate: the Menagerie, Satory and Gally farms, as well as the Royal Vegetable Garden, were all used for practical exercises and experiments. The school was closed down in 1852.

Napoleon III then used the buildings as his Military House for the command and the Artillery School of the Imperial Guard. They occupied the site until the fall of the Empire.

Almost a century later, the Great Stables were briefly considered as a site for France’s grande école for senior civil servants, the École Nationale d’Administration (ENA). In the architectural plans for this project, France’s future high functionaries would have had at their disposal several amphitheatres, conference rooms, study rooms, bedrooms in the loft, and even a sports room and swimming pool. But the conversion never took place. After restoration work, various official cultural departments were housed here between the 1950s and the early 1970s.

The stables’ galleries were given over to the directorate-general of Musées de France and to the Musée de Versailles and became the Gallery of Sculptures and Casts. The Palace of Versailles itself installed some of its departments in the north wing at the end of the 1990s, before they moved to the Grand Commun in 2015.

Although it has its sights set firmly on the future, the “Campus Versailles, Patrimoine et Artisanat” project also offers a great insight into the history of the site. “The creation of a campus of excellence in the Great Stables offers this unique architectural complex a new future, combining respect for its history and its primary role of reaching out to all people, with its obligations to pass on knowledge. By supporting a project that forms a bond between heritage and creation, we are committing to our future responsibility: to place the Palace of Versailles in its era alongside all those people who bring the past to life on a daily basis”, concludes Catherine Pégard.

The Campus is also a natural extension of the many educational projects led by institutions based at the Versailles estate, such as the National School of Landscape Architecture (ENSP) on the Royal Vegetable Garden site or the Versailles National School of Architecture (ENSA-V) and its contemporary art centre, the Maréchalerie, in the Small Stables.