In February 2021, a large scale project was launched in the heart of the Palace of Versailles. Thanks to the support of AXA Group, Madame du Barry’s apartment - one of the most refined in the former royal residence and a testimony to the private Versailles of Louis XV - will be restored to its former harmony and charm. The work is due to last 17 months and will concern all fourteen rooms in the apartment, as well as involving a range of artistic professions and skills.

A private and refined space

In 1770, Louis XV, then a widower, decided to install his mistress the Countess du Barry in the heart of the palace just above his own private apartment. Designed by Ange-Jacques Gabriel, this fourteen-room apartment boasts over 350m² in floor area. Situated on the second floor of the royal residence, its reception rooms overlook the Marble Courtyard while the private quarters have views onto the inner courtyards. It also has multiple entrances, which allowed the King to join his mistress discretely via private stairways.

At the countess’ request, the white and gold décor, generally used for princes, was left in the main rooms. The other half of the apartment has exceptional polychrome decoration which, although relatively common during the Ancien Régime, had mostly disappeared by the end of the 18th century.

Laden with history and emotion, this apartment in the heart of the palace is like no other today.  Thanks to the contribution and traditional know-how of some 50 craftsmen, including joiners, gilders, masons and stucco specialists, the apartment will soon be restored to its former glory.

Far from the formal rooms of the Court, this space was decorated with the greatest refinement by the royal mistress and filled with furniture and art objects at the height of fashion. She only lived here for five years (1770-1774), however, before being banished from the Court.

After her departure, several changes and adjustments to the apartment’s layout were made. It was subsequently occupied by various people lived until the late 18th century, when this almost constant state of occupation allowed it to escape the revolutionaries’ campaigns to burn the royal insignia in October 1793. Several original fleur-de-lis and double “L”s on the marble fireplaces and wood panelling thus survived intact.  The apartment was not affected either by the major modifications made to the palace in the 19th century.

Exemplary initial restoration work that must be continued

Between 1943 and 1947, Madame du Barry’s apartment underwent a high-quality restoration campaign led by chief architect André Japy. This project, although carried out in particularly difficult circumstances during the war, allowed considerable restoration work to be conducted. The priority at the time was to restore the apartment to its former 1774 layout, as Madame du Barry would have known it.

It has now been over seventy years since the apartment underwent any restoration work. In addition to the deterioration and ageing of the paintwork, the decorations and ceilings have suffered from water infiltration. Significant climate variations and humidity on this floor, situated just below the attic and facing due south, have also contributed to the dilapidated condition of the decorations, now in need of new work.

The latest restoration work will be carried out in keeping with the previous campaign. Most of the work will consist in restoring the apartment identically to its original state, with only a few inconsistencies being corrected with regard to its condition in 1774. In addition, certain structures treated on-site in the 1940s will require more in-depth restoration in the workshop. The aim is to be able to invite the public into the same intimate and delicate atmosphere that reigned here before, an expression of the quintessential art de vivre of 18th-century France.

True to its values of protecting and transmitting cultural heritage, AXA has for many years been committed to the conservation of symbolic French cultural landmarks that have an international reach.  In the very difficult current context marked by the COVID-19 pandemic and the closure of museums, it is very important to preserve the precious expertise of the arts craftsmanship and to prepare for the return of visitors. AXA is pleased to continue its partnership with the Château de Versailles and to support the restoration of the apartments of Madame Du Barry. Jeanne Bécu, known as «Mademoiselle Vaubernier», was born on 19 August 1743. After becoming the Countess du Barry by marriage, she succeeded Madame de Pompadour as the king’s favourite.
She was presented to King Louis XV in 1768. The King was elderly at the time and had successively lost his son, the Dauphin Louis-Ferdinand, his wife Marie Leszczyńska and his mistress and friend Madame de Pompadour. He was quickly charmed by the young woman’s beauty and she moved into Versailles in the same year. In spite of the schemes of the Duke of Choiseul and the scorn poured upon her by Louis XV’s daughters, she managed to hold her place at court.

Madame du Barry lived very comfortably compared with many mistresses. A great lover of the arts, she was a patron to various painters and craftsmen and helped to nurture the Neo-Classical style at Versailles. She commissioned a number of works from the cabinet-maker Delanois, the woodworker Leleu and the painters Fragonard and Vien. A friend of Voltaire, she visited him until his death in 1778.

Upon the death of Louis XV in May 1774, she was banished from Versailles by order of his successor, Louis XVI, and sent to the Pont-aux-Dames convent in Meaux. In 1776, she retired to Louveciennes.
Denounced during the Terror, she was guillotined on 8 December 1793. 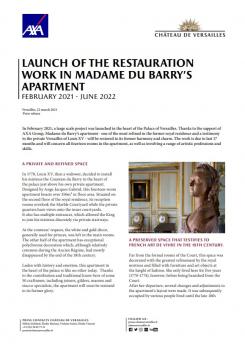 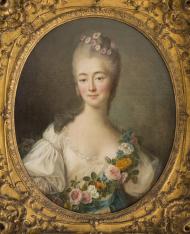 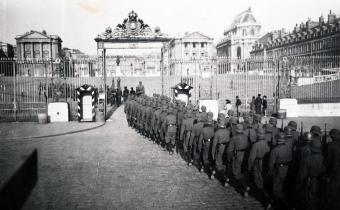 The Palace of Versailles during the Second World War

An original documentary series available on YouTube from 3 September 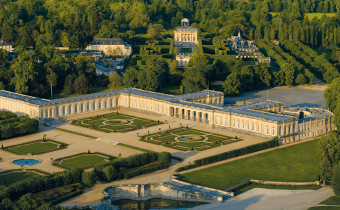 Summer 2022: Rediscovering the estate of Trianon

This summer, the Palace of Versailles is inviting visitors to come and explore the estate of Trianon as they’ve never seen it... 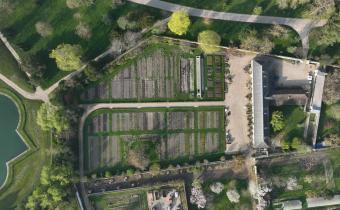 Creation of The Perfumer’s Garden at the estate of Trianon

In collaboration with Maison Francis Kurkdjian - Opening in Spring 2023