A Web series in 4 episodes

Versailles and the First World War

Both are equally associated, and rightly so, with the historic signing in the Hall of Mirrors of the Peace Treaty, or the “Treaty of Versailles”, on 28 June 1919. Much less is known about the actual period of war.

What happened at Versailles during those four years?

One thing is certain: the Palace was very much involved in events, protecting works of art from the bombings, welcoming visiting wounded soldiers, and organising charity events in the gardens, as well as political celebrations... Without doubt, Versailles contributed to the war effort. Indeed, events at Versailles were popular subjects that newspaper readers of the period liked to keep up with.

Those press articles and accompanying photographic features provided much of the material used in this web series. Combined with documentation provided by the army or generated from archives which are still kept at the Château, the videos propose the viewpoint of the curator from the inside, as well as that of the architect who was in charge of Versailles at the time. Original archives, moving accounts and surprising images plunge us into that troubled period of history of the Palace of Versailles. 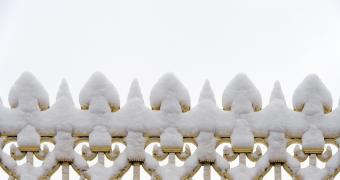 This winter, the snow falls upon Versailles bringing a little enchantment to the Palace born from Louis XIV's mind. Versailles appears in a new light and unveils some of its secrets to the most adventurous visitors who came to brave the winter cold and admire the poetry of the place. As days go by, visitors capture the mild magical light of the season: here is a selection of their photographs.