The Small Stables were built by Jules Hardouin-Mansart at the same time as the Great Stables, between 1679 and 1682, to house the Court's coach horses and carriages. The two buildings are identical and symmetrical. The three great galleries that form today's Sculptures and Mouldings Gallery were originally occupied by stalls for horses, with 68 on each side of the rotunda and 48 in the central gallery leading to the main courtyard. The gateway leading to the courtyard is crowned by Le Cocher du cirque (The Circus Coachman), a relief sculpted by Louis Le Conte in 1680. He also made the four trophies of ancient arms – with slumped Roman armour – sculpted on either side of the arcade. 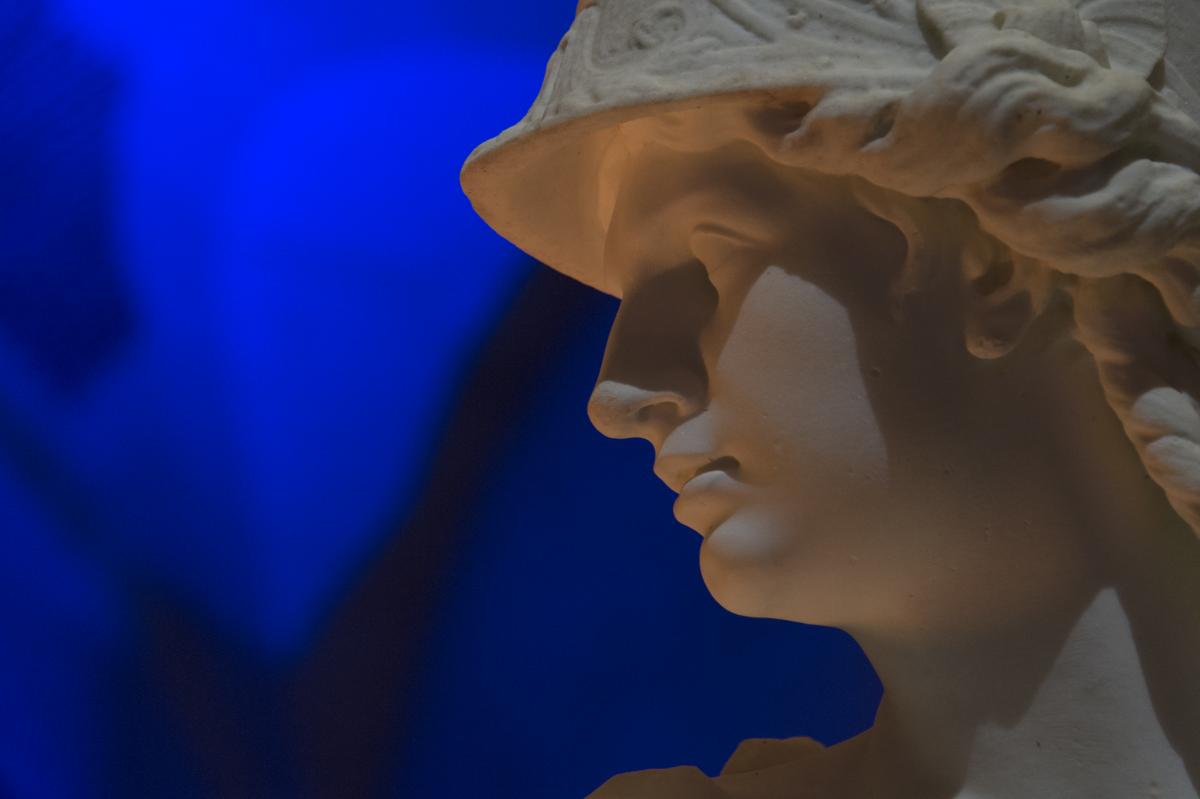 The Small Stables were later occupied by the army from the mid-19th century until 1967. Now belonging to the Public Institution of Versailles, they have been completely restored and now house the Research and Restoration Centre for the Museums of France, the Versailles École nationale supérieure d’architecture, and various collections. Since 1970 the mouldings library of the Department of Greek, Etruscan and Roman Antiquities of the Louvre Museum has been based in the Sculptures and Mouldings Gallery.

This collection of mouldings based on works from Antiquity is known for its ancient 17th and 18th century mouldings and a fine collection of Greek and Roman architecture. The most precious jewels among these copies include those of the corner of the Parthenon from the Acropolis in Athens, one of the Quirinal Dioscures in Rome, and the Farnese Hercules, the original of which is now preserved in the archaeological museum of Naples.

As part of the campaign to save the sculpted masterpieces in the gardens of Louis XIV, the marble originals from the Garden of Versailles were added to the collection. They include Apollo served by nymphs and the two Horses of the Sun groups constituting the Apollo's Baths Grove sculptures, undoubtedly the greatest masterpieces of French 17th century sculpture.

Working in conjunction with the Louvre Museum, the Palace of Versailles is keen to continue its policy of showcasing spaces and collections and is making every effort to provide public access to these remarkable works.

Become a patron of a bust of the Marble Courtyard:

I discover the campaign

Find the audio tour dedicated to the Sculptures and Mouldings Gallery on the official application of the Palace of Versailles.
Free to download.