The Sculptures and Mouldings Gallery will be open every weekend from 19 September to 31 December 2020. It houses two major collections, comprising a series of casts from the Musée du Louvre’s cast collection and some sixty original marble statues from the Gardens. 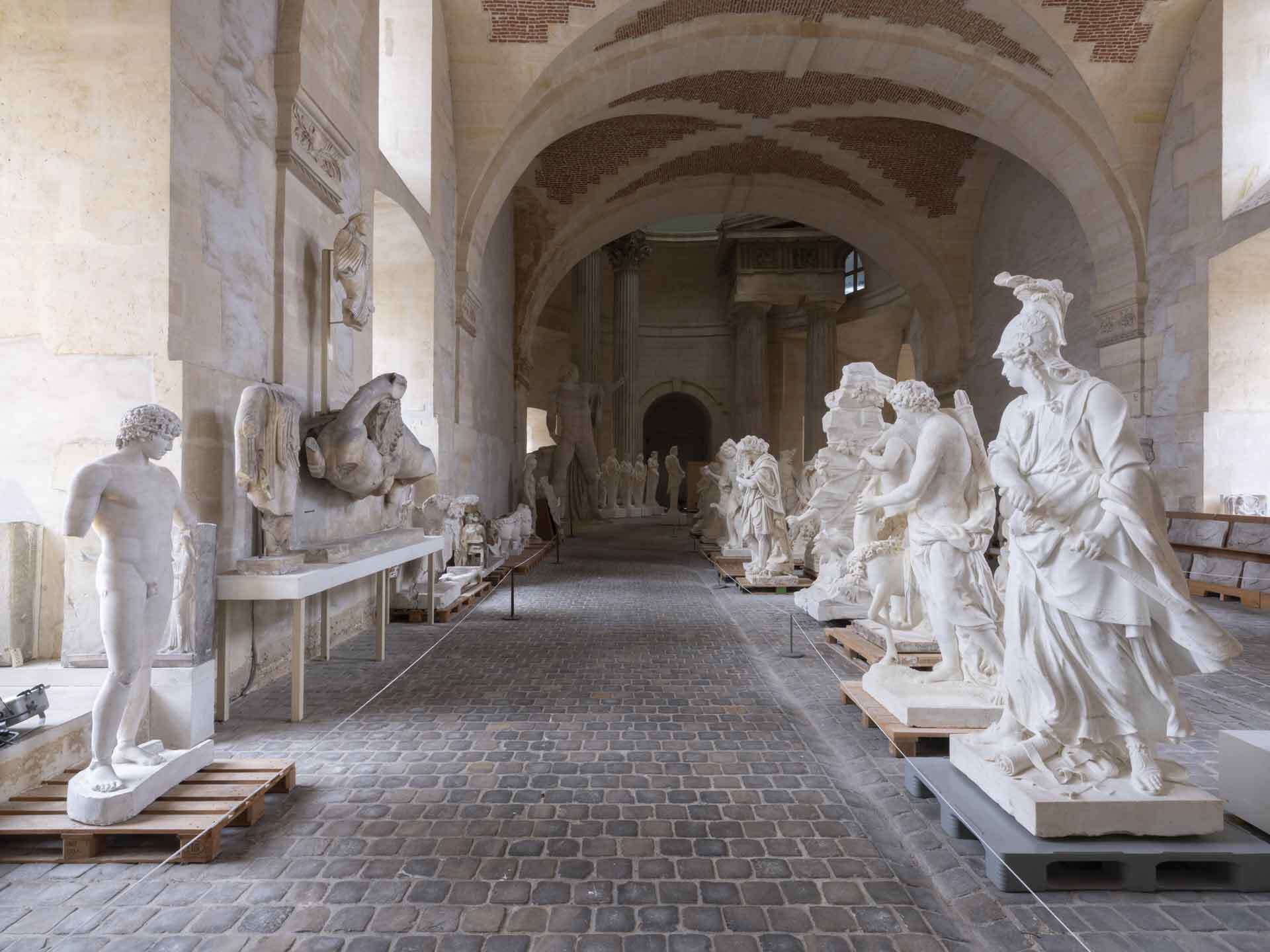 Since 1970, the Sculptures and Mouldings Gallery has housed the casts collection of the Department of Greek, Etruscan, and Roman Antiquities at the Musée du Louvre.

This collection taken from Ancient works is unique in that it includes old mouldings from the 17th and 18th centuries and a large collection of Greek and Roman architecture. The most important pieces include the corner of the Parthenon from the Acropolis in Athens, one of the Dioscuri from the Quirinal in Rome and the Farnese Hercules, the original of which is currently conserved in the Archaeological Museum in Naples.

In addition to this magnificent series of works, and as part of the campaign to save the sculpted masterpieces of the gardens of Louis XIV, original marble pieces from the Garden of Versailles have also joined the collection. These include Apollo Served by Nymphs and the two groups of the Sun Horses forming the sculpted composition from Apollo’s Baths Grove, undoubtedly the greatest masterpiece of French sculpture from the 17th century.

The gallery is home to two major collections composed of vast series of mouldings from the 17th and 18th century from the cast collection of the Department of Greek, Etruscan, and Roman Antiquities at the Musée du Louvre, and around sixty original sculpted marble masterpieces from the gardens of Versailles themselves.

The Sculptures and Mouldings Gallery is free to visit all day during the European Heritage Days :

And on the following weekends also free of charge in the afternoons :

Make the most of the exceptional opening of the sculptures and mouldings gallery to discover this place guided by the audio commentary of new audiotour available in the Palace of Versailles mobile app (downloadable free of charge). 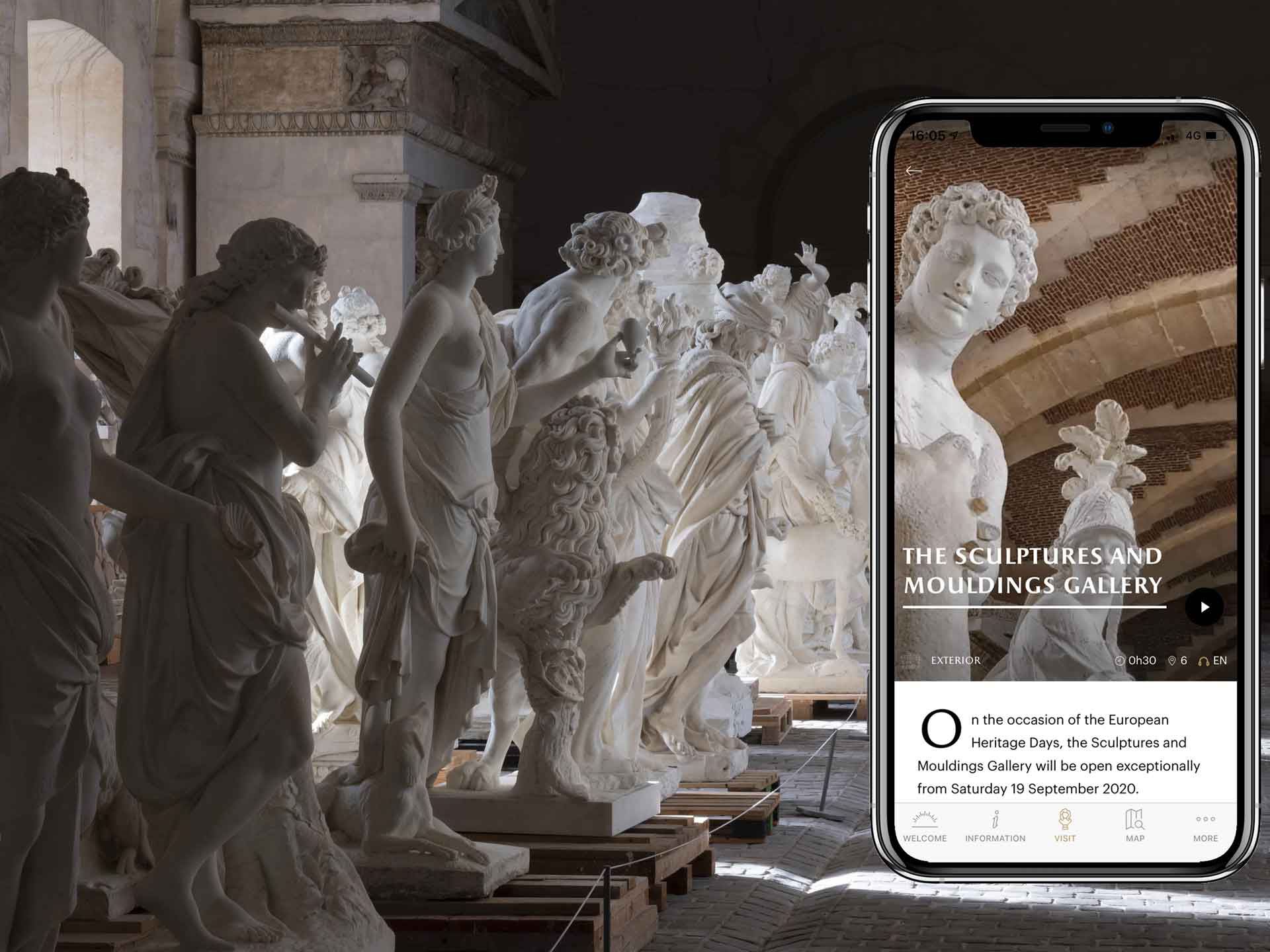 How to get to the Sculptures and Mouldings Gallery