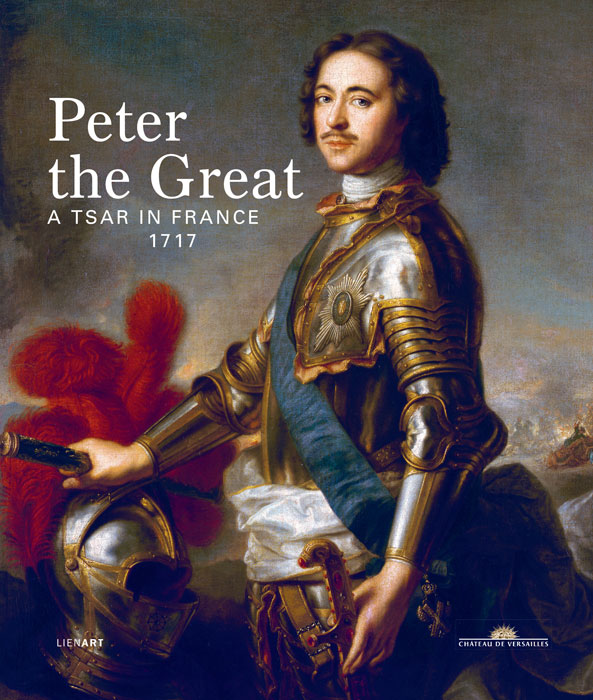 Warrior-monarch and inveterate traveller, Peter the Great crisscrossed the world for almost four decades, from the White Sea to the Caspian, from Holland to Moldavia, from England to Persia. His voyages included two long journeys through Western Europe, the first in
1697–1698 and the second twenty years later, in 1716–1717.
In the course of this second journey he spent two months in France, in April–June 1717. Two years after the death of Louis XIV he discovered the West’s most populous kingdom, met the boy-king Louis XV, negotiated with the regent, Philippe d’Orléans, and mingled with statesmen, scholars, artisans and artists. Driven by an all-consuming curiosity, he visited palaces and manufactories, fortifi cations and libraries, churches and academies. On foot and in his horse-drawn carriage he explored the streets of Paris and toured the royal residences of the Ile-de-France: Versailles, Trianon, Marly, Saint-Germain, Fontainebleau. He and his entourage stocked up on books, objets d’art and scientifi c instruments to be taken back to Russia with the lavish diplomatic gifts offered by the French government. Visits and discussions with the French fuelled the ideas of this reforming tsar and would influence the works he had been engaged in since 1703 in and around Saint Petersburg.
This catalogue and the exhibition it accompanies commemorate the tricentennial of the journey of 1717 and its meeting between a venerable kingdom and a nascent empire: a seminal event for cultural relations between Russia and France.