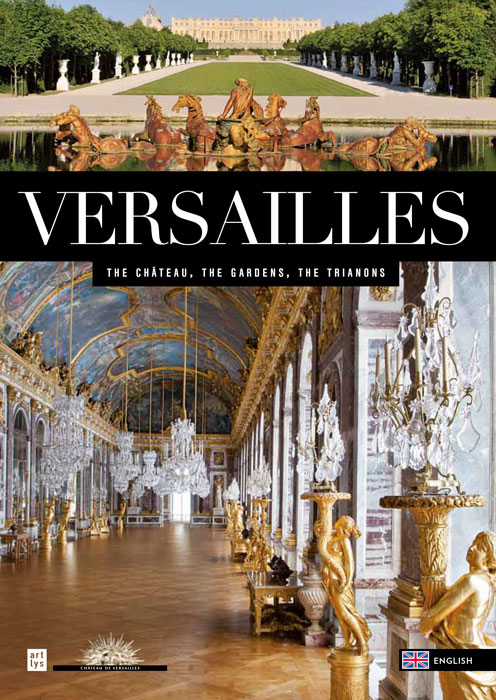 Out of the determination of King Louis XIV to build a residence that would stand as a symbol of his glory and his absolute power there emerged a Palace whose grandeur and sumptuousness made the name of Versailles known throughout the world.
Embellished by successive kings, who commissioned work from the greatest architects and artists of their times, the Palace of Versailles shows French style at its highest point. Apart from being the seat of France’s former monarchy, it is a magnificent museum of art and history.
From the splendour of the State Apartments that evoke the life of the Court, to the refinement of the inner private apartments, this guide explains all the facets of the most prestigious of royal residences. It follows the official circuit of the visit, taking in the French formal gardens, the Palaces of Trianon and the Estate of Marie-Antoinette.