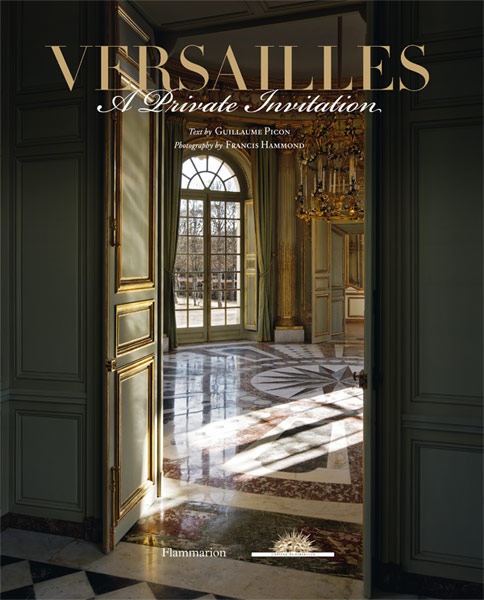 it is available in French and English

The largest palace in the world holds a thousand and one unsuspected secrets, unknown even to real connoisseurs.
Versailles has often been described minutely since the reign of Louis XIV, but numerous apartments of the palace and their annexes are inaccessible to the public.
From the well-known salons to the gardens, including the Grand Trianon and the Queen’s Hamlet, these places are filled with incredible details that are transformed with changes in the light and shade. From the dusk of a summer evening to the misty dawn of a winter’s day, Versailles reveals a multitude of facets.
Versailles. A private Invitation unveils these moments that are usually not seen by visitors.