This exhibition dedicated to King Henri IV (1553-1610) and organised in partnership with the Centre des Monuments Nationaux (National Monuments Centre – CMN) will allow visitors to discover works that, up until now, have been kept in storage. The Musée National des Chateaux de Versailles et de Trianon collections will be displayed in the magnificent setting of the Ducal Château of Cadillac. 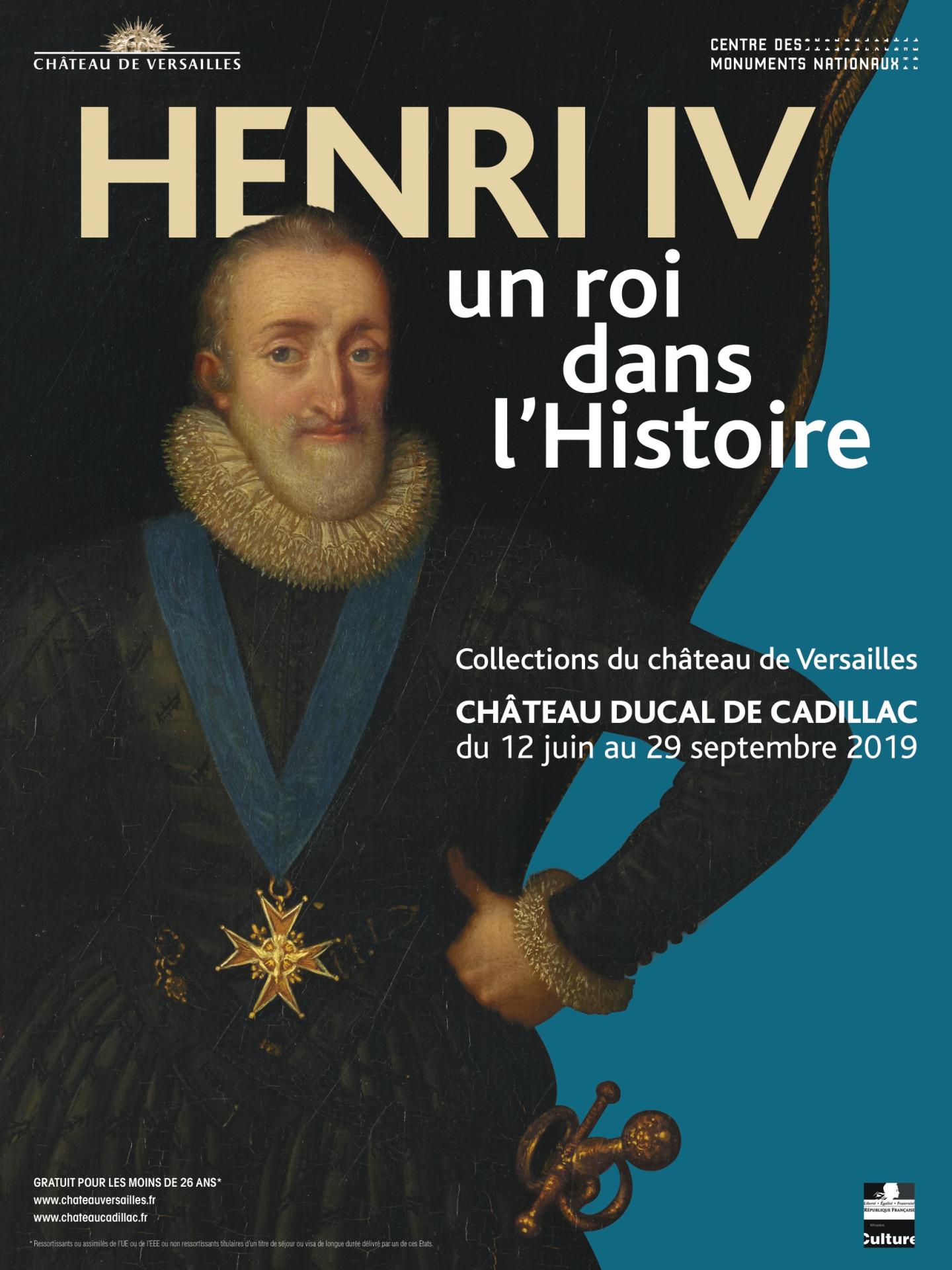 Henri IV (1553-1610) never knew the Palace of Versailles. It was his son, Louis XIII, who came to Versailles to hunt in what was then still marshland. So, there is no obvious link between the legendary king of the feather and the palace of Louis XIV. Nevertheless, these collections contain some fifty works – portraits, oils on wood from the 16th century and sculptures – that are normally housed in storage but which are being put on display in this new exhibition organised together with the Centre des Monuments Nationaux (CMN) at the Ducal Château of Cadillac.

The “Henri IV, a King in History” exhibition curated by Raphaël Masson and Lionel Arsac begins by the king's life and then his reign by way of portraits of his family and those close to him.

It then goes on to address his image as a benevolent and peace-loving king, an image that emerged in the 18th century, fostered by Louis XV and Louis XVI who saw an interest in celebrating the founder of their dynasty. Henri IV was seen as a remarkable ruler of his kingdom and was celebrated as a historic figure throughout the 19th century.

The Ducal Château of Cadillac

Located on the banks of the Garonne river, 35 km from Bordeaux, the Ducal Château of Cadillac has a dual heritage.

The Château was built under Henri IV in the early 17th century to embody the supreme power of Jean-Louis Nogaret, First Duke of Épernon (1554-1642) and a key figure of the kingdom between the wars of religion and the advent of the Grand Siècle, as the 17th century came to be known in France. Jean-Louis de Nogaret’s palace was fit for kings and, indeed, Louis XIII, Richelieu, Anne of Austria, Molière, Louis XIV and even Mazarin all sojourned there.

During the Revolution, the Château was stormed and pillaged. Thereafter, the monument endured a painful history, starting with its conversion into France's first female prison in 1818. From 1890, it accommodated juvenile girls, making the Château a “school for the preservation of young women”. Finally, between 1945 and 1952, it housed the Public Institute of Education for young delinquents (IPES).

The Château was finally restored to its former glory at the start of the 21st century, following successive rounds of works. Restored and run by the Centre des Monuments Nationaux, the Ducal Château of Cadillac is now a must-see attraction in the Bordeaux region.

Dicover the exhibition "Henri IV, a King in History. Palace of Versailles' collections at the Ducal Château of Cadillac" from 12th June to 29th september 2019.

All practical information concerning the Ducal Château of Cadillac are available on  http://www.chateau-cadillac.fr/en/.

The exhibition "Henri IV, a King in History" is included in the admission ticket.

Admission is free for under-18s, EU nationals and lawful residents in the European Union aged between 18 and 25, disabled people and an accompanying adult (reduced mobility access is via the ground floor), the unemployed on presentation of proof dated no more than 6 months previously, recipients of minimum social benefits and journalists.

For groups of 20 people or more, booking is required and admission costs €5 per person.

The Centre des Monuments Nationaux (CMN) and Palace of Versailles joined forces in 2013 to organise temporary exhibitions designed to give as many people as possible the opportunity to discover or rediscover certain chapters in French history in the prestigious surrounds of the nation's monuments.

“Henri IV, a King in History” follows on from six other exhibitions previously organised within the framework of this partnership.