Until 26 February 2017, the Palace of Versailles and Nippon Television present the exhibition "Marie-Antoinette, a Queen in Versailles" at the Mori Arts Center Gallery of Tokyo

Exhibition at the MORI ARTS CENTER GALLERY of TOKYO

After France, Japan is without a doubt the country where the figure of Marie-Antoinette is most popular, notably through films and manga characters.

The Palace of Versailles presents an exhibition dedicated to the queen, lasting nearly four months. Through a number of masterpieces from the Versailles collections and loans from other public and private collections in France and abroad, the exhibition will offer an evocation of the life of the princess, from her youth in Vienna up to her tragic death.

Portraits of the queen and members of the royal family by the greatest portrait artists of the Court – notably including François-Hubert Drouais, Louis Michel Vanloo and Joseph Siffred Duplessis – will allow visitors to become familiar with the circle in which Marie-Antoinette lived in France, such as King Louis XV and the Counts of Provence and Artois. Official and more personal portraits, including the one of her Children of France, by Élisabeth-Louise Vigée-Lebrun, will be exhibited. Aided by the royal administration of the Crown Furniture Store-House, Marie-Antoinette assembled around herself the most talented craftsmen to create furniture and precious objects, such as the woodworker Jean Henri Riesener, cabinet-makers such as Georges Jacob and bronze workers like Pierre-Philippe Thomire, several of whose creations are exhibited. Last but not least, sculpted busts and pieces from the royal porcelain factory in Sèvres will complete the collection.

Under the aegis of :

With the collaboration of :

With the kind collaboration of :

The exhibition is made with the exceptional support of  :

With the support of : 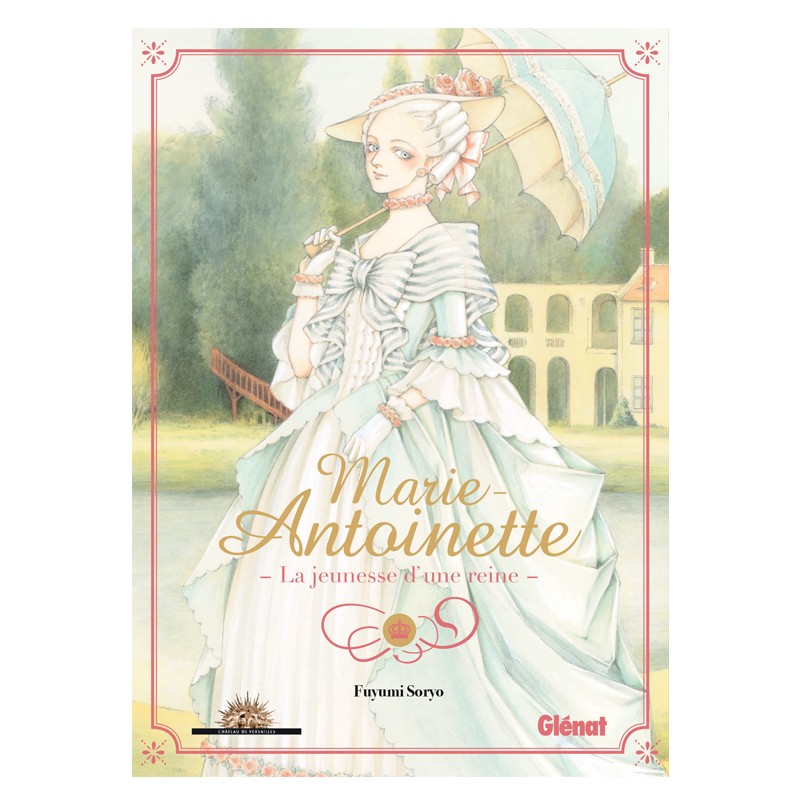 Manga "Marie-Antoinette, the youth of a queen"