From 30 May to 24 September 2017, the Grand Trianon will feature Peter the Great, a tsar in France, an exhibition commemorating the tercentenary of the Russian tsar's diplomatic visit to Paris and the surrounding area in May and June 1717. Thanks to an exceptional collaboration between the Palace of Versailles and the State Hermitage Museum, the exhibition presents more than 150 works - paintings, sculptures, decorative arts, tapestries, maps, medals, scientific instruments, books, and manuscripts – two-thirds of which belong to the prestigious museum in Saint Petersburg.

The exhibition traces this free-flowing journey step-by-step. Though ostensibly on an official visit, Peter I was an unpredictable force of nature who was largely a stranger to etiquette, flouting protocol on a number of occasions. His introduction to Louis XV in particular made a lasting impression: ignoring court ceremony, he lifted the seven-year-old child-king into his arms in a spontaneous gesture. We were able to retrace this voyage thanks in large part to the invaluable accounts of a number of memorialists, including Saint-Simon, the Marquis of Dangeau, and Jean Buvat.

Though Peter's trip had political and economic objectives – such as an alliance with France against Sweden and the signature of a trade agreement - this reformist tsar, the founder of modern Russia, wanted above all to discover all that was most remarkable about France in order to adapt certain models to his empire. During the two months he spent in Paris under the Regency, his visits and discussions with the French influenced his thinking and shifted the direction of works he had initiated in Saint Petersburg and the surrounding area in 1703.

While in Paris, Peter went to the Academy of Sciences, of which he became an honorary member, the Observatory, and the National Mint, where a medal was struck in his honour. The tsar also visited the Gobelins manufacture, which inspired the creation of a tapestry workshop in his new capital. He explored Parisian markets as a regular person, buying books as well as scientific and technical instruments. And as was customary, prestigious diplomatic gifts were also exchanged, such as the New Testament wall hanging given to Peter the Great, comprising four tapestries based on the work of Jouvenet, now housed at the State Hermitage Museum.

A warrior monarch who enjoyed travelling, Peter the Great criss-crossed the globe for close to four decades, from the White Sea to the Caspian Sea, from the Netherlands to Moldova, from England to Persia. In the view of posterity, this extraordinary figure became one of his country’s most consequential monarchs, the creator of a new Russia.

Detailed Opening Times            Access to the Estate of Trianon

Access to the exhibition with a 1 or 2-day Passport ticket, a ticket to the Estate of Trianon, the "1 year at Versailles" card  as well as for the beneficiaries of free entry. 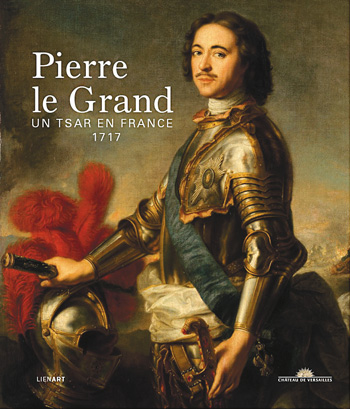 The 29th of mai 2017, during the Fêtes Galantes guests will relive these moments which animated Versailles from the Hall of Mirrors to the Royal Chapel for a unprecedented evening, featuring exquisite historic costumes.

This exhibition is made in partnership with the State Hermitage Museum,

thanks to the main sponsorship of Gazprom,

and the sponsorship of Louis Dreyfus Company, Total, Novatek and Natura Siberica,

in media partnership with : 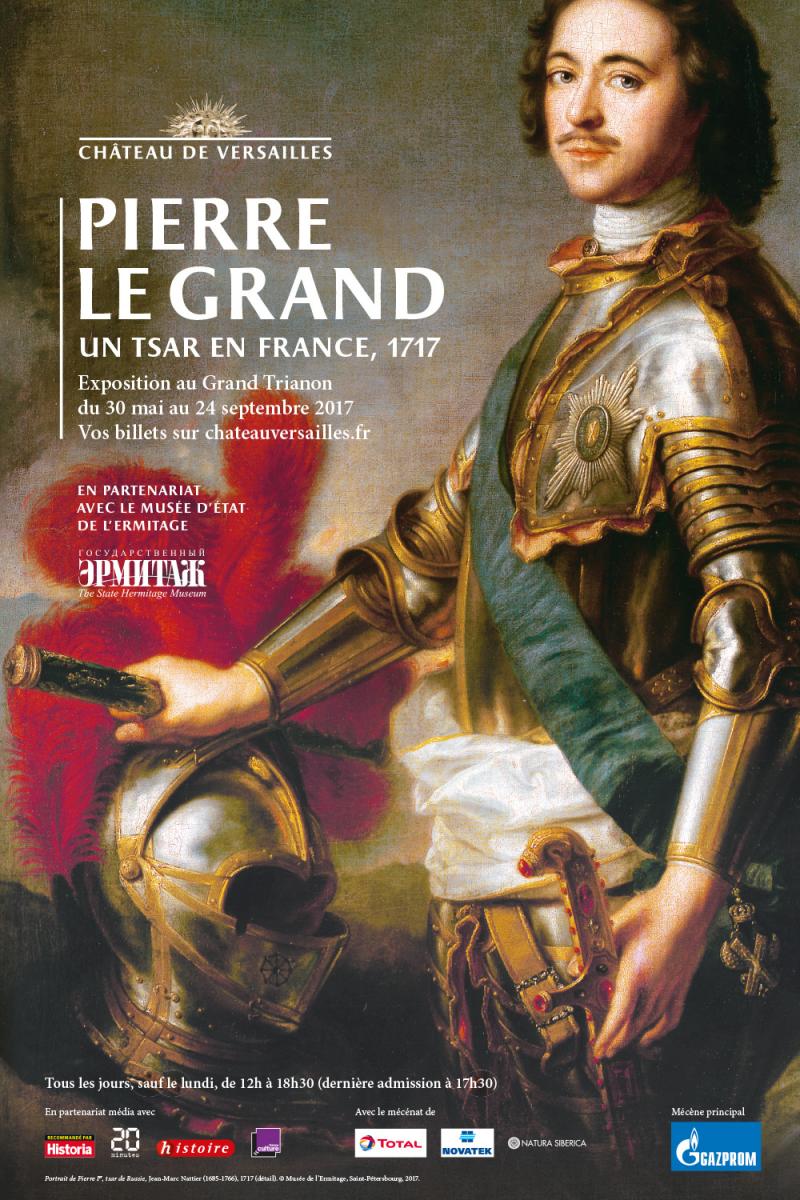