The Dufour Pavilion has opened on 23 February 2016. This new entrance created by the architect Dominique Perrault mixes restoration, rehabilitation and contemporary works. It establishes the Palace of Versailles in the modernity that it owes its visitors.

The works of the Dufour Pavilion are one of the major works of the « Grand Versailles » plan launched in 2003. The three priorities of this programme are the restoration of the historical monument and its decor, the safety upgrade of all the site and improving the reception of visitors notably through the Pavillon Dufour redevelopment.

The redevelopment of the Dufour Pavilion

The redevelopment of the Pavilion establishes the Palace of Versailles in the modernity and quality of service that it owes its visitors with every reception service in the same place. 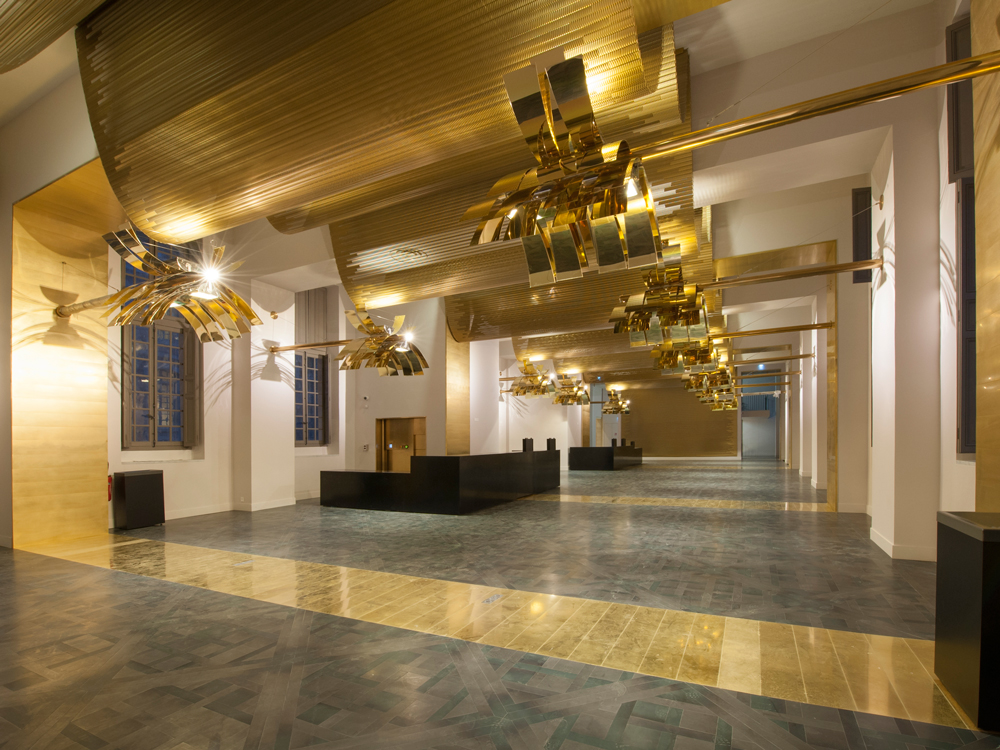 Maps of the reception area

In the context of the redevelopment of the Dufour Pavilion, the Palace of Versailles entrusted Alain Ducasse with the creation of a restauration space to host an international clientele. His teams took up the challenge with an elegant contemporary café in the French spirit, located on the 1st floor of the Dufour Pavilion and open onto the Royal courtyard.

This welcoming and convivial place was conceived by the architect Dominique Perrault and by Frédéric Didier, architect in chief of the Palace of Versailles. Its layout was voluntarily made in complete coherence withe the architectural choices which presided to the whole building. Reminders of the splendor of the Sun King and contemporary reinterpretations of historical themes were developed by Gaëlle Lauriot-Prévost. 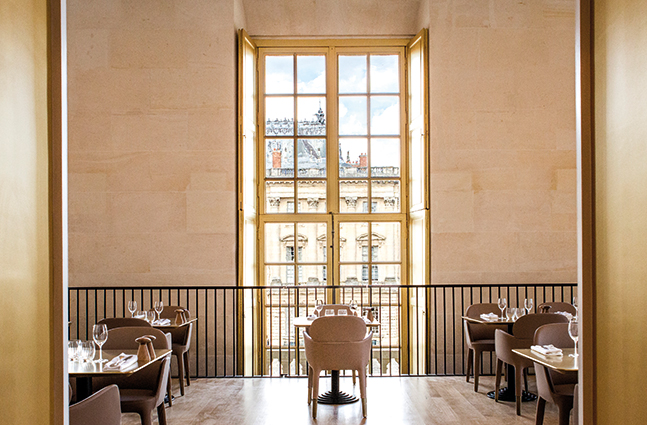 THE ARCHITECTURAL PROJECT OF DOMINIQUE PERRAULT

Renovation work that will respect the old buildings

Dominique Perrault planned to dig a trench in the Cour des Princes, along the Old Wing (Vieille Aile), to house a large embedded staircase. He preferred this option to that of doubling the façade of the Old Wing on the Cour des Princes side. The Dufour Pavilion underwent considerable alterations in the 19th and 20th centuries, particularly to house part of the staff offices. The very few remaining historic elements will still be kept. The windows, doors and roofing will also be restored. 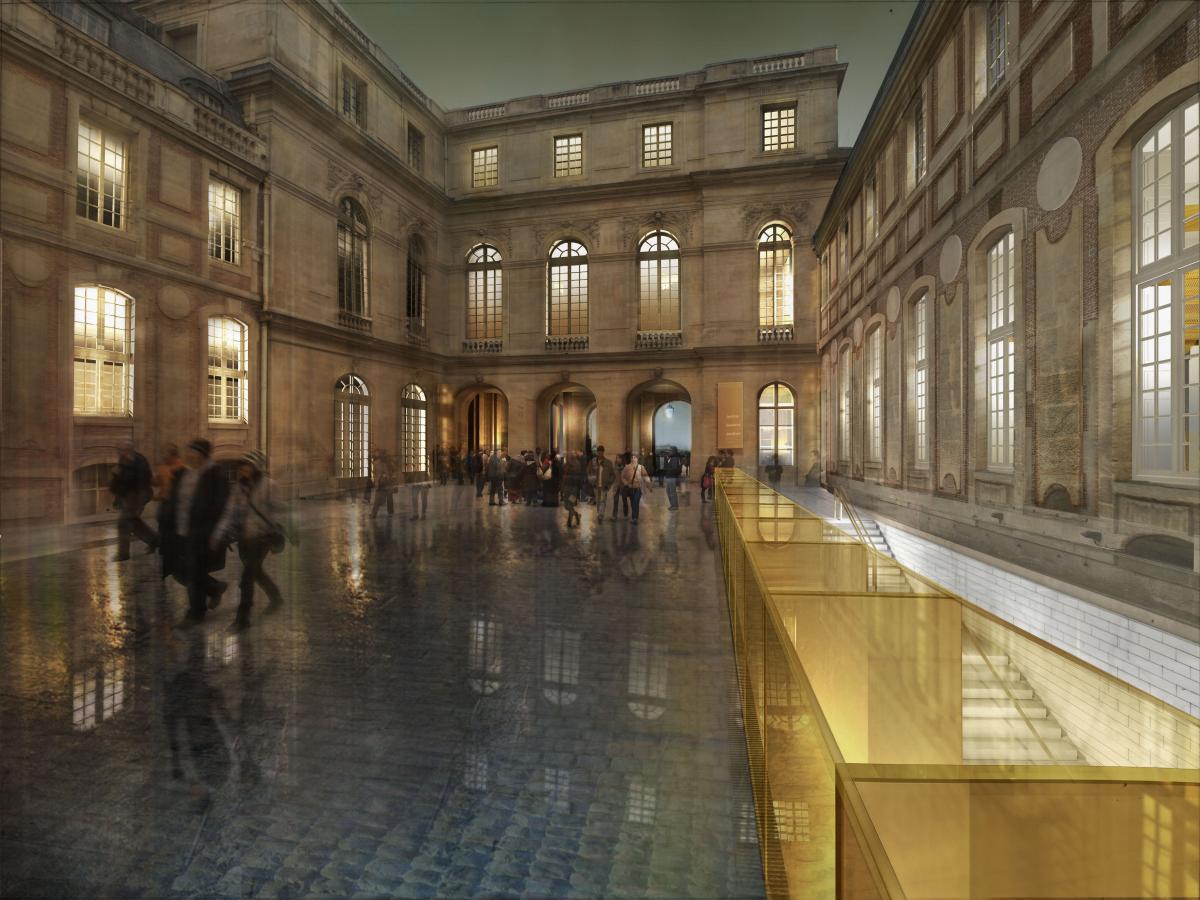 The opened-out ground floor includes the admission desk, information and visitor guidance. It is the departure point for the various tours of the Palace and opens directly on to the Main Courtyard (Cour Royale).

A comfortable circulation space is installed in the basement of the Dufour Pavilion. With an indoor height of 4 meters, it will be lit by natural daylight thanks to the glass guardrail created by the large staircase embedded in the trench of the Cour des Princes. This area corresponds to the exit point of the tour of the Palace and will provide access to the gardens.

An auditorium and a Ducasse café named Ore is installed on the first and second floors. These will be accessible to the public, even if they are not visiting the Palace..