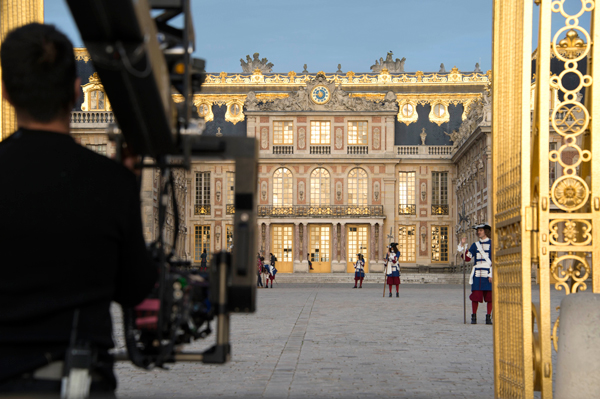 Find out more about cinema in Versailles.

The range of settings available for film shoots in the Museum and the Royal Estate of Versailles offers a multitude of possibilities for historical but also contemporary films.

The majestic setting of the Palace and the Royal Estate of Versailles lends itself perfectly for documentaries, long and short films and television fictions. Promotional films can also be envisaged in the context of partnership agreements with the Palace teams.