Upon taking possession of the Petit Trianon in 1774, Marie-Antoinette set about thoroughly remodelling the gardens.  Louis XV’s botanical gardens were replaced by a vast Anglo-Oriental Garden, more in keeping with contemporary tastes and featuring reproductions of natural features such as the Grotto. In designing these new gardens, Marie-Antoinette made a conscious decision to limit the number of buildings. She ultimately settled on two ornamental structures, the Belvedere and the Love Monument, both designed by her official architect Richard Mique. 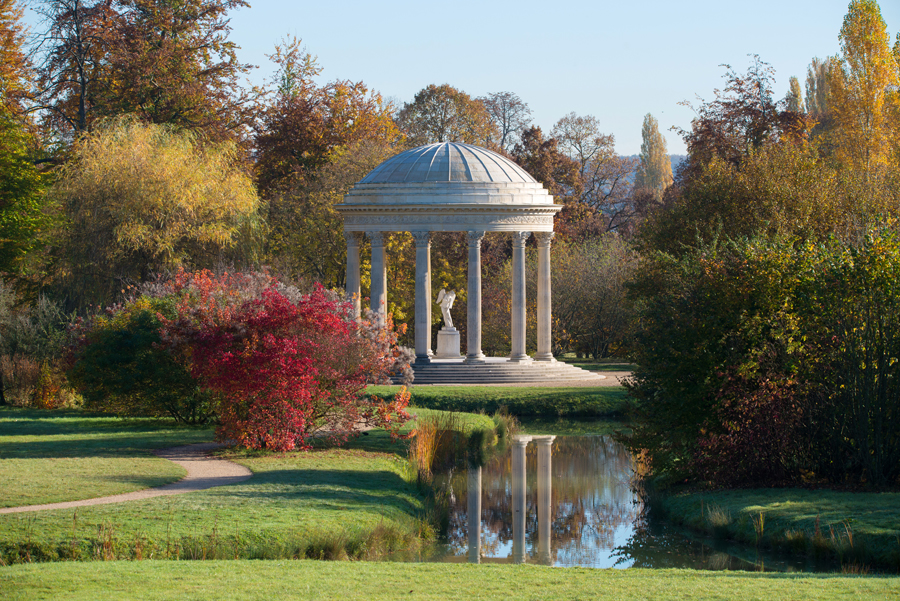 Richard Mique began working on his design for this folly in 1777. On 5 May of that year he presented the queen with a model made of wood, plaster and wax, crafted to his precise instructions by sculptor Joseph Deschamps. Uncharacteristically, Marie-Antoinette approved the plans immediately with no modifications.

The monument, set on an island in the river, stands atop a circular platform with seven steps. Twelve Corinthian columns are topped off with a low-profile cupola of Conflans limestone, covered with lead and painted to resemble wood. The underside of the cupola features sculpted caissons and rosettes arranged around a central panel sculpted by Deschamps. Measuring some two metres in diameter, this centrepiece features a quiver, arrows and flaming embers, interwoven and adorned with roses and olive branches. The entablature is composed of an architrave whose soffit sections are adorned with rosettes and Arabesque scrolls, inside and outside, along with a composite cornice. The floor of the monument was designed by marble craftsman Le Prince, incorporating veined white, Languedoc red and Flanders marble. Construction started immediately and concluded in July 1778. The masonry is the work of Guiard. As the centrepiece of this new monument, the queen turned down the sculpture proposed by Deschamps and instead installed a copy of Bouchardon’s Cupid fashioning his bow from Hercules’ club (1750), originally intended for the Hercules Room but relegated to the Château de Choisy since 1752. Marie-Antoinette had the statue transferred to the Louvre to allow sculptor Louis-Philippe Mouchy to produce a copy. Mouchy’s copy was removed from Le Trianon during the Revolution and spent some time at Saint-Cloud before being returned to its original location in 1816. The Love Monument was thoroughly restored in 2006. 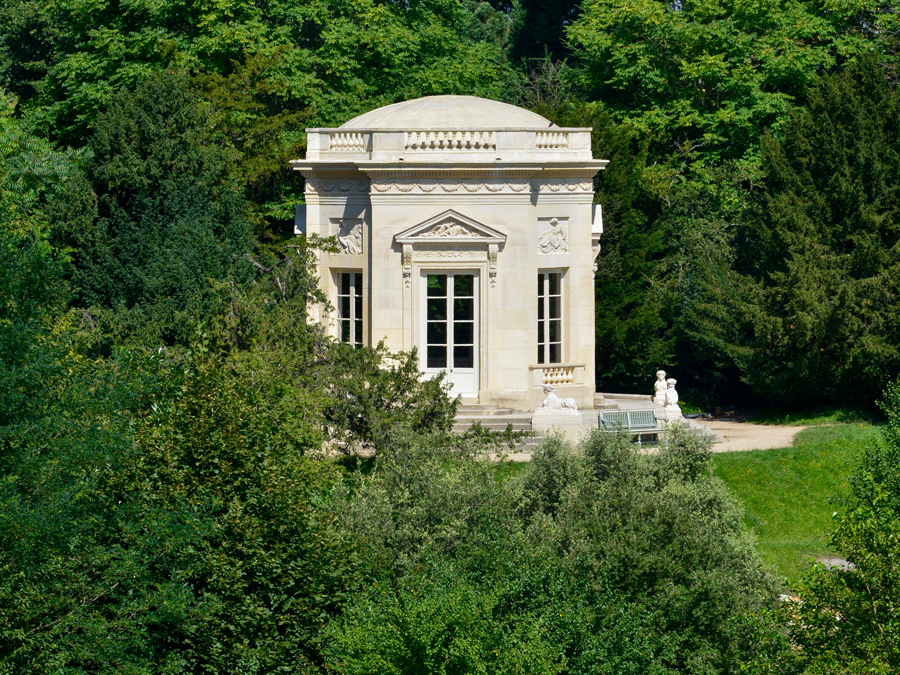 The Belvedere was also designed by Richard Mique, and completed in 1781. This folly is set atop the little mound which overlooks the lake. It is an octagonal pavilion crowned with a low-profile cupola largely concealed by the surrounding balustrade. Above the four windows are low-relief sculptures representing the four seasons. Four patio doors open onto the interior, whose walls are adorned with remarkable mural paintings by Sébastien-François Le Riche. The ceiling, showing cherubs frolicking in a clear blue sky, was painted by Lagrenée, while the floor is paved with a marble mosaic. The queen used the Belvedere as a lounge in the summer time, with its many doors and windows allowing the light to flood in and creating the impression of an open-air living room. 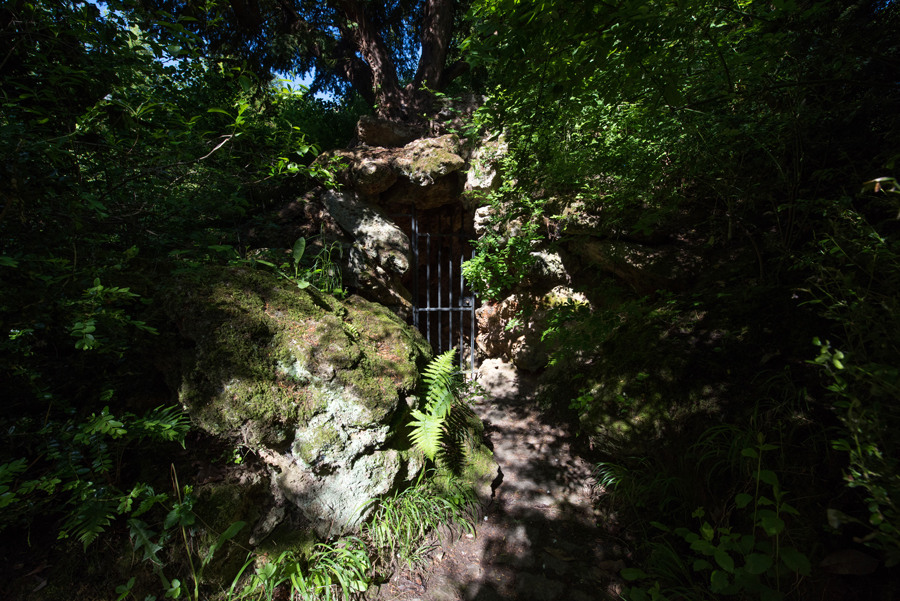 Work on the Grotto was completed in 1782, at the same time as the Rock and the nearby ‘Snail Mountain’. Arriving from the direction of the Rock, a path leads down and left into a little valley through which a stream flows. The path follows the curve of the stream to reveal a clump of rocks from which the water appears to emerge. A doorway, originally protected by a wooden trellis, leads into the grotto. Cloaked in shadow, the cave is lit only dimly by openings carved into the nooks and crannies of the rock. A bench (once covered by a green blanket intended to mimic the appearance of moss) which appears to have been hewn from the rock is the only seat available. Tucked away in a corner, a waterfall tumbles down the rock face and flows out into the stream. At the far end of the grotto, a staircase leads upwards to a hidden entrance at the peak of the artificial outcrop. This secret door allowed the grotto’s occupants to get away from any unwelcome intruders heading their way via the path in the valley. The queen would pay dearly for this playful feature, as malicious rumours about the true purpose of such secret passages began to circulate. In 1789, a crowd of curious visitors flocked to gawp at what was merely a picturesque folly found in many gardens of this era. By the end of the twentieth century this section of the gardens had almost entirely lost its shape, and a thorough campaign of restoration work was completed in 2006. Among other things, this restoration reinstated the artificial waterfall inside the grotto and refreshed the landscaping of the valley as a whole.