The famous memorialist the Duke of Saint-Simon wrote of Louis XIV: “With an almanach and a watch, one could, from 300 leagues away, say with accuracy what he was doing”. The king’s day was timed to the minute to allow the officers in his service to plan their own work accordingly. From morning to evening his day ran like clockwork, to a schedule that was just as strictly ordered as life in the Court.

In theory the Sun King’s daily schedule continued during the reigns of Louis XV and Louis XVI, but neither of the later sovereigns could stand the oppressive ceremonial rituals. As often as possible they took refuge in their private apartments or nearby royal residences. Over the years, the public getting-up and going-to-bed ceremonies became rarer, and the courtiers complained that they never saw the king, in contrast to the time of Louis XIV.

8.30 am: the First Valet de Chambre woke the king with “Sire, it’s time to get up”. After a visit from the First Doctor and First Surgeon, the first getting-up ceremony began. Members of the entourage, those with important roles and certain friends who enjoyed the privilege of attending such moments successively entered the King’s Bedchamber while the sovereign was washed, combed and shaved. Then the Officers of the Chamber and of the Clothes Storehouse entered for the grand getting-up ceremony, during which the king was dressed and drank soup for breakfast. As well as the most important members of the Court, the closest royal servants were allowed to watch this ceremony. The number of spectators, all male, was probably around 100. 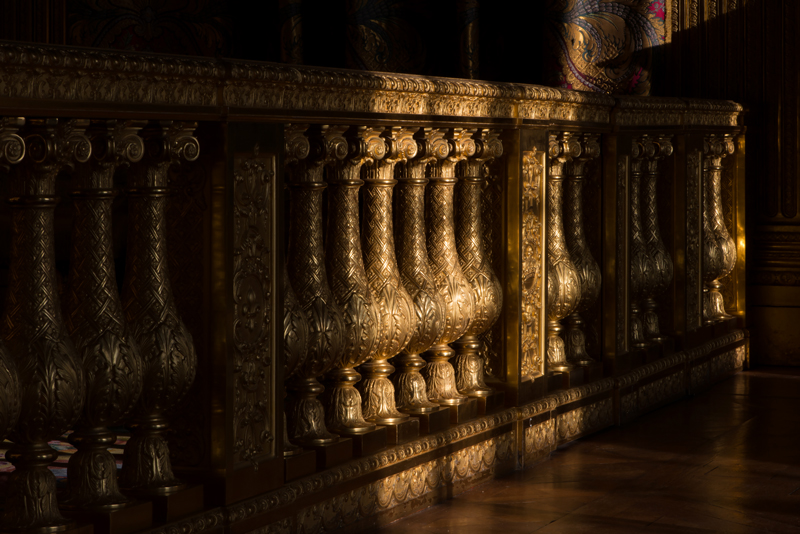 10 am: a procession formed in the Hall of Mirrors at the exit of the King’s Apartments, and the king crossed the State Apartments followed by his courtiers. At this point the crowd that had gathered along the way could finally see the king. Some could speak briefly to him or slip him a written note. The king sat down in the tribune in the Royal Chapel for mass, which lasted half an hour. The “Chapel Music” choir, which was famous throughout Europe, sang a new piece every day, composed by Lully, de Lalande, and others.

11 am: upon returning to his apartment, the king held council  in his chamber. On Mondays (every two weeks), Wednesdays, Thursdays and Sundays, the State Council, or “High Council”, was held. On Tuesdays and Saturdays it was the Financial Council, while Fridays were taken up with the Council of Conscience (religious affairs). Last but not least, the Dispatch Council (which dealt with national affairs) met once a fortnight on Mondays when there was no State Council meeting. On these days the king could also decide to examine the progress of works projects. Five or six ministers worked with the monarch, who spoke little, listened closely, and always made the final decision. 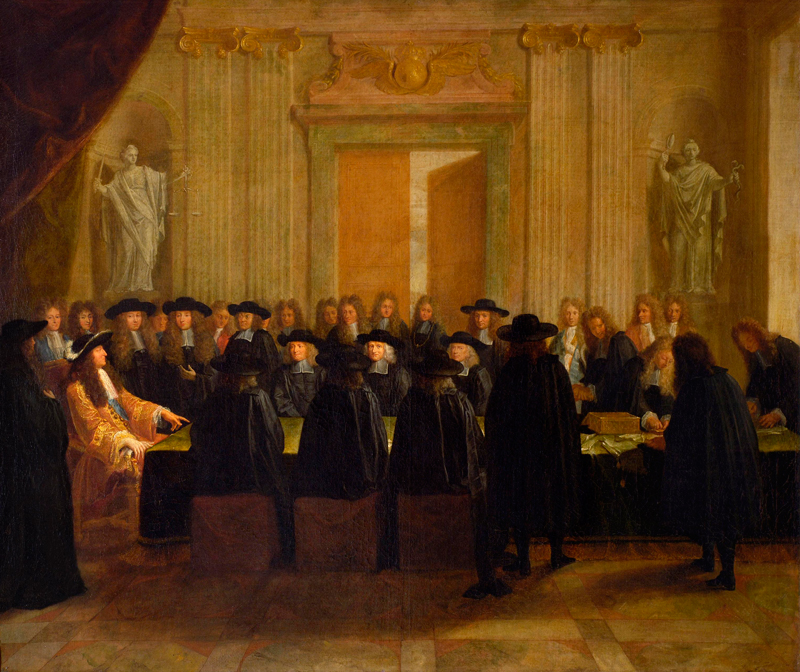 1 pm: the king ate alone in his bedchamber, seated at a table facing the windows. In principle this meal was taken in private, but Louis XIV had the habit of admitting all the men of the Court, generally those present at the getting-up ceremony.

2 pm: the king gave his orders and announced his plans in the morning. If he went on a walk, it would be in the gardens on foot or in a Barouche with the ladies. If he decided to go hunting, the favourite sport of the Bourbons, the monarch would go to the park if he chose to hunt with weapons, and to the surrounding forest when hunting on horseback.

6 pm or 7 pm: Louis XIV often left his son in charge of indoor entertainment, such as Evening Gatherings. In the meantime the king would sign the numerous letters prepared by his secretary, then go to the apartments of Mme de Maintenon, where he studied important paperwork with one of his four Secretaries of State.

10 pm: the crowd would hurry into the King’s Antechamber to attend the dinner at the Royal Table. The king sat down to dinner with the members of the royal family. Once the meal was over, the monarch crossed the room and entered the salon to greet the ladies of the court. He then retired to his cabinet to converse more freely with his family and a few close friends.

11.30 pm: the going-to-bed ceremony. This public ritual, when the king retired to his bedchamber, was the exact reverse of the getting-up ceremony. 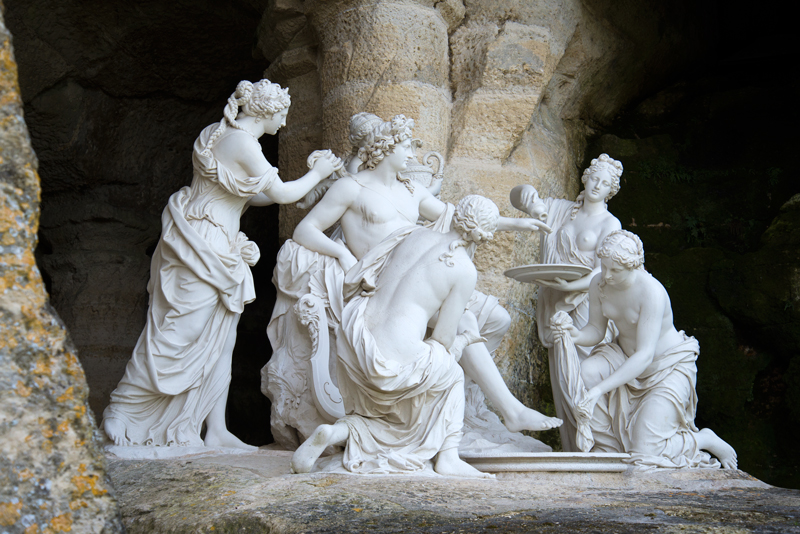