The French Art de la Table was in no danger of being neglected at the time of the monarchy. Although each monarch took his own approach to the ceremony of dining on mouth-watering meals served with gold and silver cutlery, each stoutly upheld the tradition of copious meals. These feasts, in the company of many guests or a hearty few, were also an occasion for affirming the power of the monarch. This tradition gave birth to the famous “service à la Française” and the gastronomy associated with it ever since.

The ceremonial public meal, known as the Royal Table, was a daily avowal of the king’s power which dated from the Middle Ages. According to the etiquette of the Court of Versailles, the king invited the queen, his children and grandchildren to dine here. During “Private” meals, however, he dined alone. Louis XIV respected this ritual every day, unlike his successors Louis XV and Louis XVI. By the end of the Ancien Régime, the Royal Table was used only on special occasions and Sundays.

Dinner at the Royal Table was held at 10 pm in the queen’s or the king’s antechamber, according to the period. The table was laid and the king’s chair put in place. Folding stools were placed at the end of the table for the dinner guests. A small number of high-ranking ladies sat in the front row of the audience. Behind them stood the other courtiers and those passing by.

There was a large number of dishes, which were brought to the table in “services” at staggered intervals. The soup and starters were followed by roasts and salads, then puddings and finally fruit. With each service a different procession of officers from the Services for the King’s Mouth brought in dishes in gold, silver or silver-gilt. The best goldsmiths worked to produce new forms that would keep the food warm for longer. Glasses, which were ordinary items, were only provided upon request. The meal lasted less than an hour.

Other than these daily feasts, Louis XIV ate his meals “in private” in Trianon or Marly. Meals in more limited company only really developed under Louis XV, who disliked such formal ceremonies. After hunting trips the king often invited friends to stay for dinner, which he gave in his Private Apartment or his Cabinets. The majority of his guests were ladies and included his mistresses. These festivities saw the birth of French gastronomy, as the king was extremely fond of good food… Louis XV even made his own hot chocolate.

To restore a sense of luxury to life in the Court, Louis XVI and Marie-Antoinette later introduced “society meals” to which 40 or so worthy guests were invited according to their station or merit. These dinners were held in the dining room in the new rooms in the Private Apartment, where the finest porcelain tableware from Sèvres was used in alternation with silver tableware.

Life on the estate 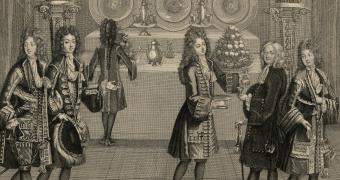 A place at the Royal Table

The European Royal Residences unveils the programme A Place at the Royal Table and invites you to join the many events devoted to the gastronomic heritage of European Courts, and enjoy a journey through time exploring culinary traditions! 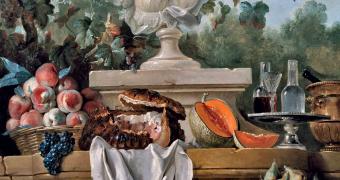 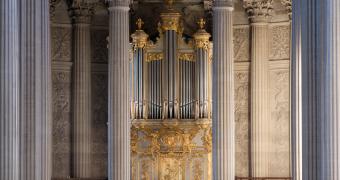 The Great Organ of the Royal Chapel

The organ of the Royal Chapel sits on the gallery above the altar in a splendid array of gilding and sculpted decoration. Its fascinating history, which began in 1679 long before the construction of the final chapel, continues today thanks to the skilled hands of those who play and maintain it.