One of Napoleon III’s greatest aims was to reconcile his country with England. During the British Queen’s visit to France he made sure she was met with an ostentatiousness not witnessed in Versailles since the Monarchy.

The emperor was very favourably disposed towards the English, having spent many years of his exile there, and wanted to establish lasting and sincere reconciliation. He was aware of the fatal mistakes of his uncle Napoleon I and, using every diplomatic weapon available to him, strove to instigate the first Entente Cordiale. In 1854 he became England’s ally in the Crimean War. After his stay in London in April 1855, Queen Victoria came on a return visit to France from 17 to 28 August 1855. The Emperor went to meet her personally at Dunkirk and accompanied her back to Paris. Following an afternoon tour of the Palace on the 20th, the emperor put on a splendid reception for her at Versailles on 25 August.

Napoleon III was fond of Versailles. He had come to the Palace for the first time on 11 April 1849 and later returned on 5 July for the inauguration of the Chantiers train station and the Paris-Chartres line. In 1853 he showed Empress Eugénie the Petit Trianon of Marie-Antoinette, which she fell in love with. A museum in tribute to the Queen was opened there for the Universal Exhibition of 1867.

For the new official ceremonies, the Emperor wanted to employ the latest innovations. The Marble Courtyard, the Hall of Mirrors and the Royal Opera House were illuminated using gas lamps and the first photographs were taken in the Hall. 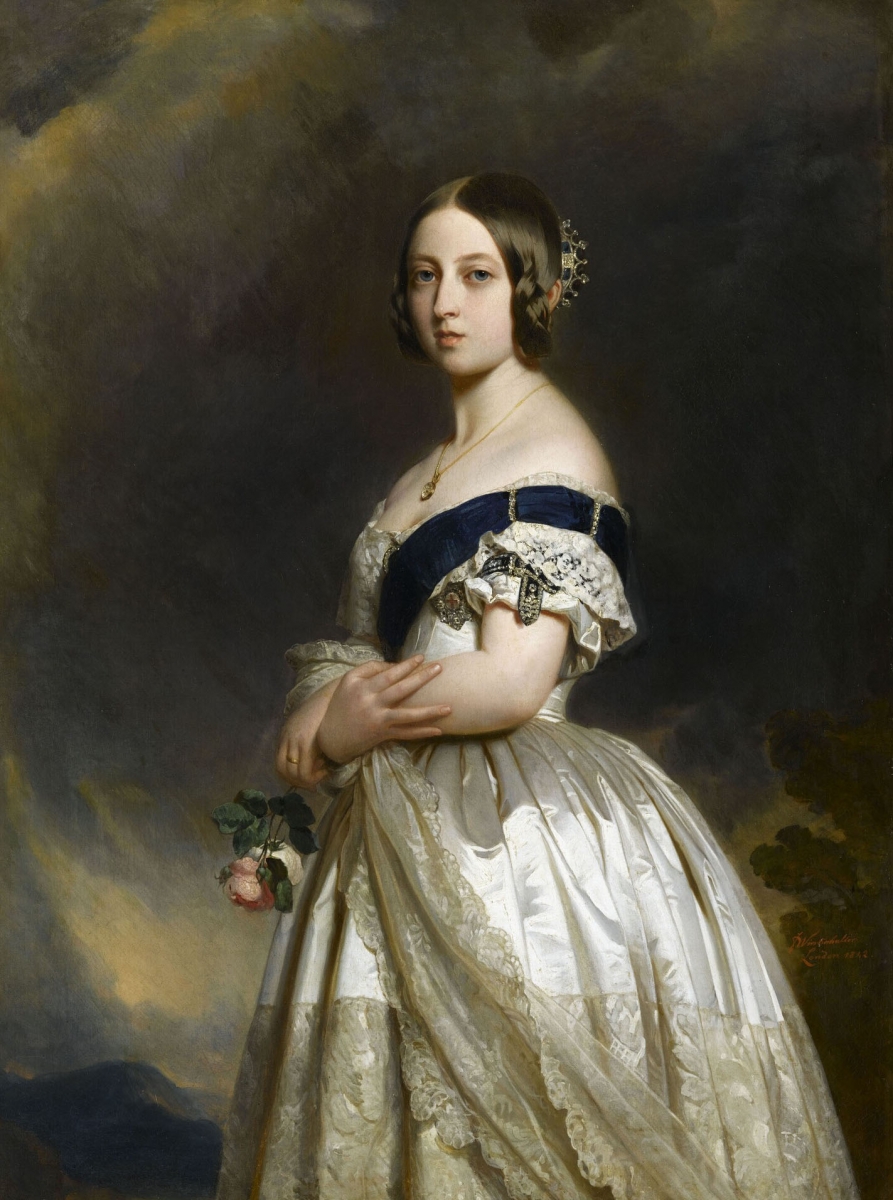 A ball was also organized there, attended by 1,200. Four orchestras had been positioned in the corners of the hall, conducted by Isaac Strauss and Dufresne and surrounded by flowers and plants. Hundreds of chandeliers, girandoles and torches were reflected in the mirrors, and large garlands of flowers were hung from the ceiling. Gold and diamonds glistened everywhere among the men dressed in evening attire and the women in crinoline dresses. Napoleon III waltzed with Victoria, and Albert with Eugénie. The ball was followed by a dinner in the Royal Opera House. The sovereigns were seated to the right of the royal box, and tables for the guests were set out on the floor. Thousands of lights glistened from the chandeliers. A fireworks display was held after the dinner, followed by another ball, which carried on until 3 am.

The sumptuous reception was a success: besides the treaty of alliance over Crimea, Victoria supported Napoleon III in the Mexican Affair, and a trade agreement for 10 years was signed in 1860. The emperor restored the diplomatic role to Versailles that it had known under Louis XIV, and that role was continued during the 20th century.