On the occasion of the reopening of the Château de Rambouillet, the Centre des Monuments Nationaux and the Palace of Versailles present the "The Princes of Rambouillet. Family portraits" from 15 September 2017 to 19 February 2018.

During the European Heritage Days, on 16 and 17 September 2017, the entrance to the Château de Rambouillet and the exhibition will be free from 10 am to 6 pm.

Ten or so portraits from the collections of the Palace of Versailles will cast a spotlight on the Bourbon-Toulouse-Penthièvre family, who owned Rambouillet for almost all of the 18th century. The château was embellished and the estate largely extended over two generations, first by the Count of Toulouse, the legitimated son of Louis XIV and Madame de Montespan who bought the marquisate of Rambouillet from Fleuriau d’Armenonville in 1706, and then by his son, the Duke of Penthièvre, who was obliged to part with the estate in 1783 upon command by Louis XVI.

The exhibition will feature famous works such as the portrait of the Count of Toulouse as a Sleeping Putto by Mignard, or the famous "Cup of Hot Chocolate" by Charpentier, alongside lesser-known but just as evocative portraits like that of the Princess of Lamballe by Ducreux or the Duke of Valois in the Cradle by Lépicié, the latter being displayed for the first time since its recent purchase by the Palace of Versailles.

During the European Heritage Days, on the 16 and 17 of September, the château of Rambouillet will be open, free of charge, from 10 am to 6 pm.

Some of the works

The partnership between the French Centre of National Monuments (CMN) and the Palace of Versailles, established in 2013, institutes dialogue between collections and important national heritage locations that are too often little-known of.

These temporary exhibitions allow the two institutions to pool their ressources to provide as many people as possible with the opportunity to discover or rediscover a few pages of French history in the prestigious setting of national monuments.

Current exhibition in the Grand Trianon 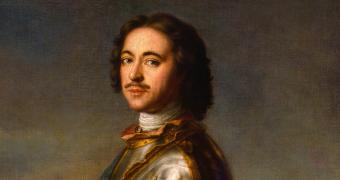 From 30 May to 24 September 2017, discover the history of Peter the Great's stay in Paris and at the Palace of Versailles in May and June 1717, celebrating the tercentenary of the tsar's trip to France. 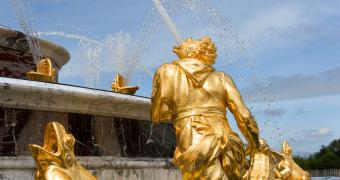 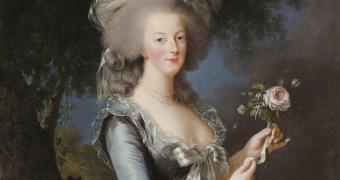