Every year, several millions of visitors walk through the Gate of Honour, built in the 17th century, main and unmissable entrance to the Palace of Versailles. It is thus undoubtedly the most exposed element of the Estate.

RESTORATION OF THE GATE OF HONOuR

Today, the Gate of Honour is in an advanced state of wear. It is primordial for it to recover its luster of yesteryear to restore its role of signal and focal point from the three main avenues that converge towards the Place d’Armes, but also to make a mark on the experience of the more than 10 million visitors every year as they enter the Estate. These works will also include the restoration of two group sculptures: Victory over the Empire by Gaspard Marsy and Victory over Spain by François Girardon. 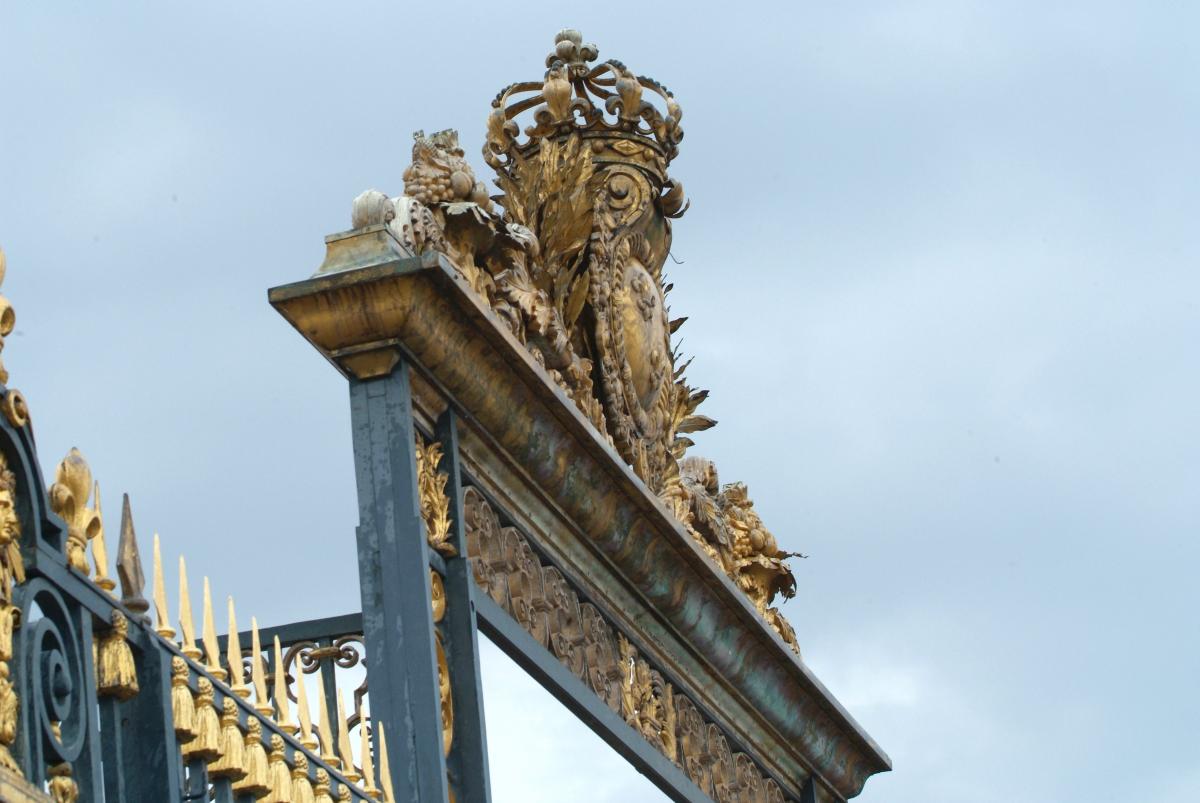 NOT TO MENTION THE SIDE GATES

A second intervention is necessary: the restoration of the Gate of Honour side gates, looking over the Indépendance américaine street and the Réservoirs street. These gates were produced, based on the design of the Royal Gate by architect Alexandre Dufour in the early 19th century, in replacement of the gilded ones put up in the 18th century. 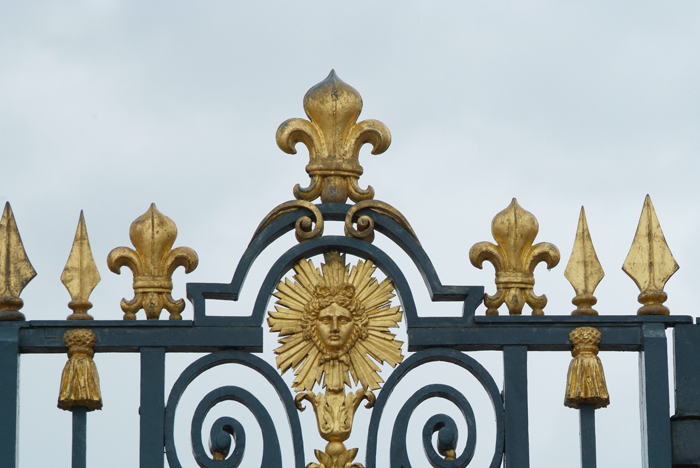 HERITAGE IN NEED OF RESTORATION

The restoration project will cover the damaged locks and ornaments, the restitution of the missing elements, as well as the painting and gold leaf gilding of the ironwork and various ornaments.

Become part of the restoration project of the Gate of Honour and its side gates, most remarkable entrances to the Palace of Versailles.

For more information, get in touch with the Patronage Department.