The scale, height and pure lines of the Orangery, which sits just below the Palace, make it one of Jules Hardouin-Mansart's crowning achievements, demonstrating his talent as a great architect. Orange trees from Portugal, Spain and Italy, lemon trees, oleander, palm and pomegranate trees, some more than 200 years old, are all housed in the Orangery during the winter and spread out across its parterre in summer. 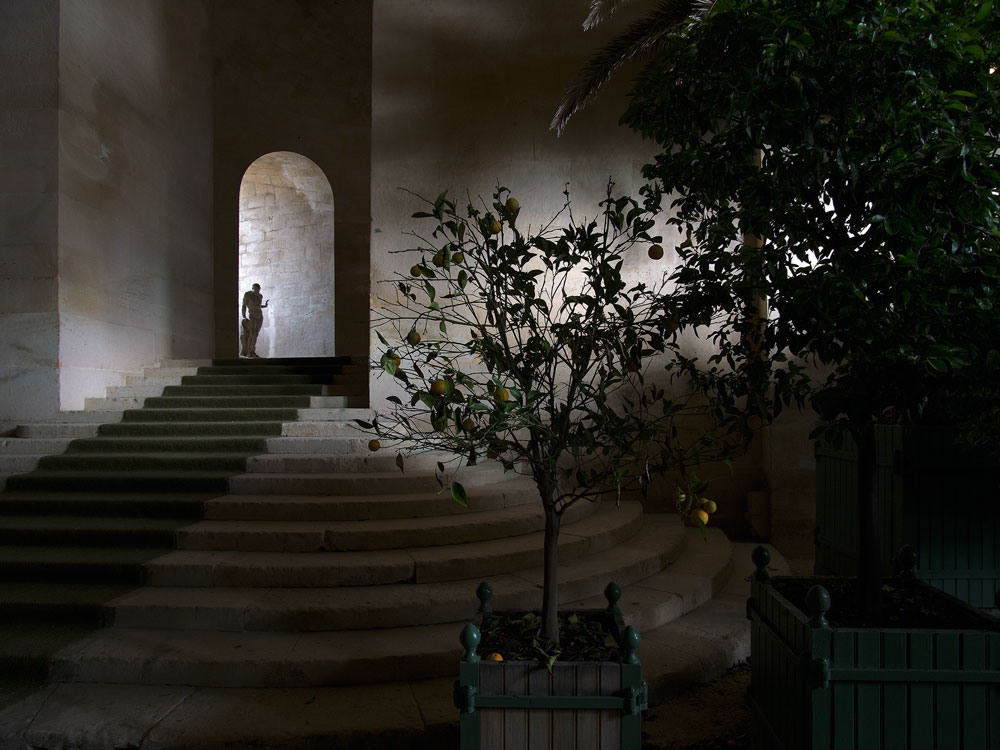 In 1663 the Palace of Versailles was endowed with an orangery built by Louis Le Vau. It is in an excellent position, facing directly south and sheltered from prevailing cold winds by its position below the South Parterre. Twenty years after it was built, Jules Hardouin-Mansart doubled the length and breadth of the initial building, making the orangery an immense edifice. The central gallery is more than 150 metres long with a 13-metre-high vaulted ceiling. Two side galleries are situated under the monumental Hundred Steps staircases. The 4-5-metre-thick walls, double windows and south-facing position enable it to maintain a temperature in winter that is no lower than 5°C.

To stock the Orangery, Louis XIV gathered all the orange trees from the royal houses and acquired a large number of new trees from Italy, Spain and Portugal. It was considered good manners at the time for courtiers to gratify the King by offering him their own orange trees. They were transported with such haste (even in the middle of winter) that many expired on the way there, but the Versailles orangery was soon able to boast the largest collection in Europe.

Spring in the Orangery

Géry Baron, garden of the Palace of Versailles

The Parterre of the Orangery 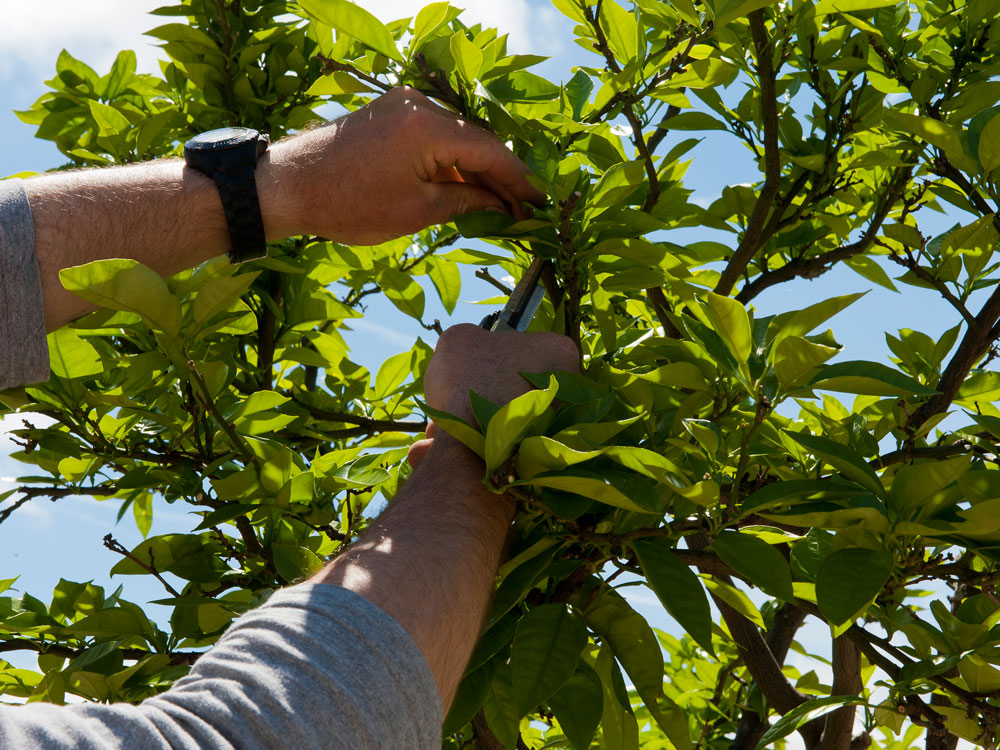 The Orangery parterre is accessible for free directly from the gardens.

The Orangery parterre covers no less than three hectares. During the reign of Louis XIV it was adorned with several sculptures which are now kept in the Musée du Louvre. It consists of four grass sections and a circular pool. In summer there are 1055 containers with orange trees, palm trees, oleander, pomegranate trees and Eugenia bushes that are kept inside the building during winter.

Locate the Orangery on the map