André Le Nôtre organised the Gardens of Versailles around two axes, north-south and east-west. The first starts at the Neptune Fountain, passes along the Water Walk, and continues on to the Orangery and the Lake of the Swiss Guard. The second, known as the Grande Perspective, bisects the gardens like an axis of symmetry, passing Leto’s Fountain and following the Royal Way as far as the Grand Canal. The optical effects and elements of surprise are characteristic of the French formal garden, which the King's gardener mastered to perfection and employed at Versailles in this perspective in particular. 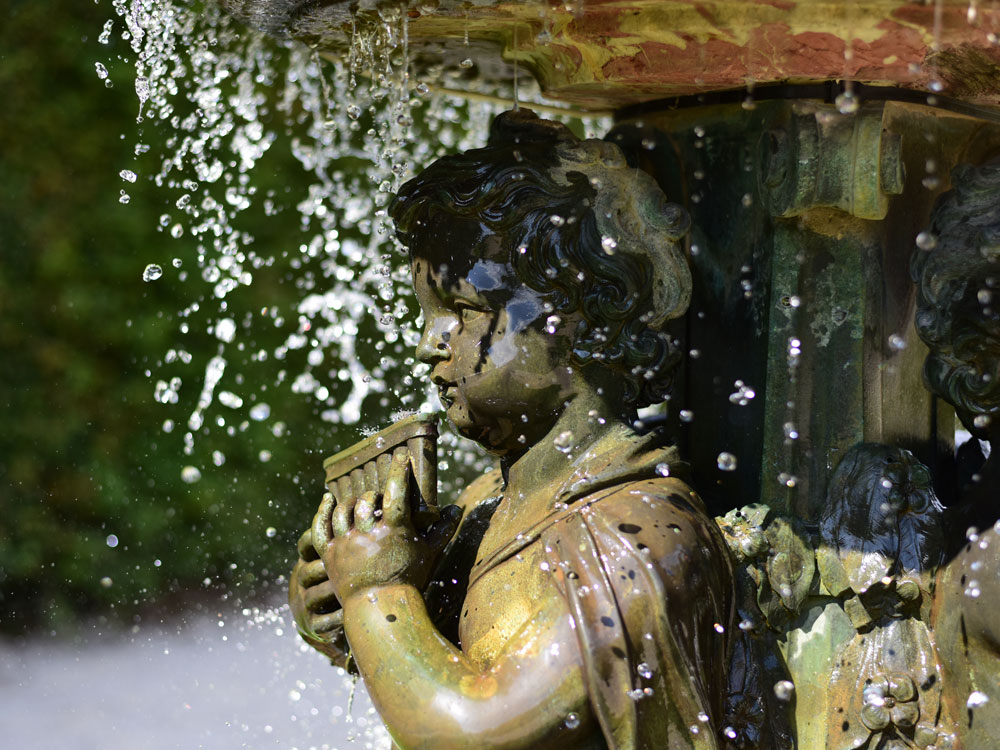 The Water Walk, or the Infants’ Walk, is one of the major features in the north-south axis, which starts at the Neptune Fountain to the north, crosses the Water Parterre, and ends at the Orangery and the Lake of the Swiss Guards. The Water Walk was designed by Le Nôtre as early as 1664 and is adorned with 14 fountains (1668-1670, originally made entirely of lead, but whose figures were later cast in bronze between 1684 and 1688. The basins were also later made in red Languedoc marble. These fountains feature groups of children, tritons and satyrs.

The Royal Way or Great Lawn 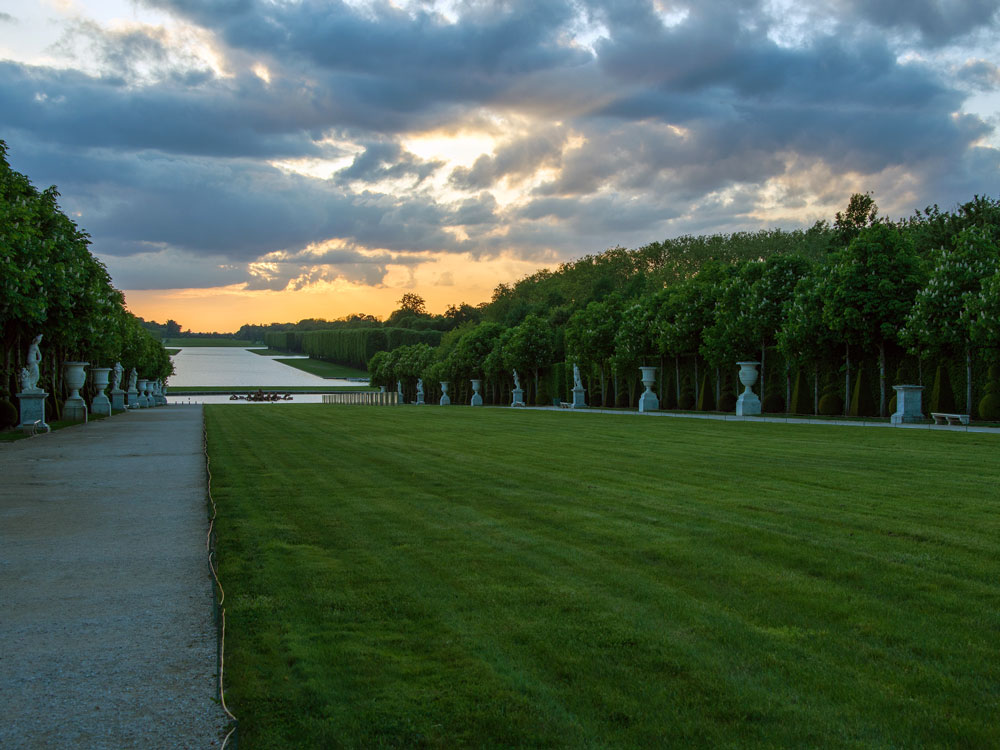 The Royal Way is the major east-west axis of the garden and dates back to the first garden built at the time of Louis XIII. It was initially a steeply sloping alley about 15 metres wide and ending in a pool dug in the early 1660s, called the Lake of the Swans, now Apollo’s Fountain. The alley was widened in 1665 (to about 45m today) and the steepness of the slope was lessened. During the reign of Louis XVI a line of horse chestnut trees was added to the border of yew trees and hornbeam. The start of the alley near Leto’s amphitheatre is marked out by two sculpted groups by Puget placed here by Louis XIV, who appreciated the sculptor’s work: Milo of Croton (1682) and Perseus and Andromeda (1684). The statues in place today are mouldings of the originals, which are currently conserved in the Louvre. 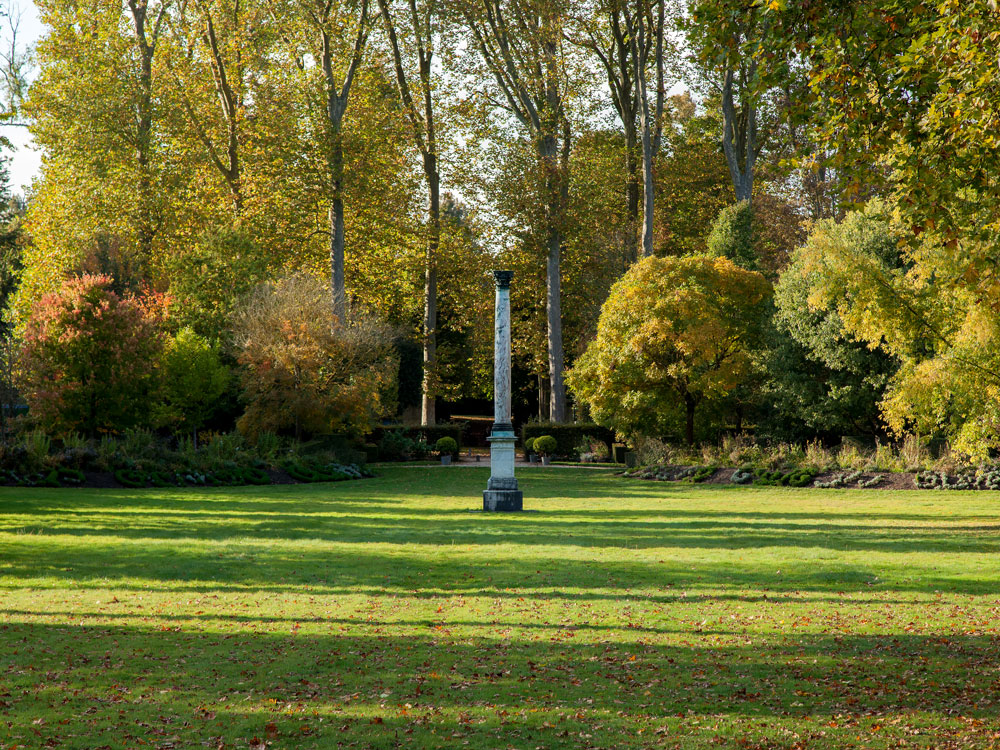 The King’s Garden Grove was built in 1817 in the same shape as the former Royal Isle Fountain, which was dug in 1671. This fountain was initially designed to help soil drainage in this part of the garden but, badly maintained from 1789, it gradually turned into a swamp. In 1816 Louis XVIII ordered the Palace architect, Alexandre Dufour, to fill it in and plant a landscape garden in its place.