The Palace of Versailles is presenting two masterpieces of 18th-century sculpture, commissioned by Louis XIV and Louis XV respectively: Zéphyr, Flore et l’Amour, and L'Abondance. These works, recently rediscovered and identified after many years of searching, and are now entering the Palace of Versailles’ collections. The exhibition is an opportunity to retrace the unique journey of these works, from their creation to their entrance in the national collections. 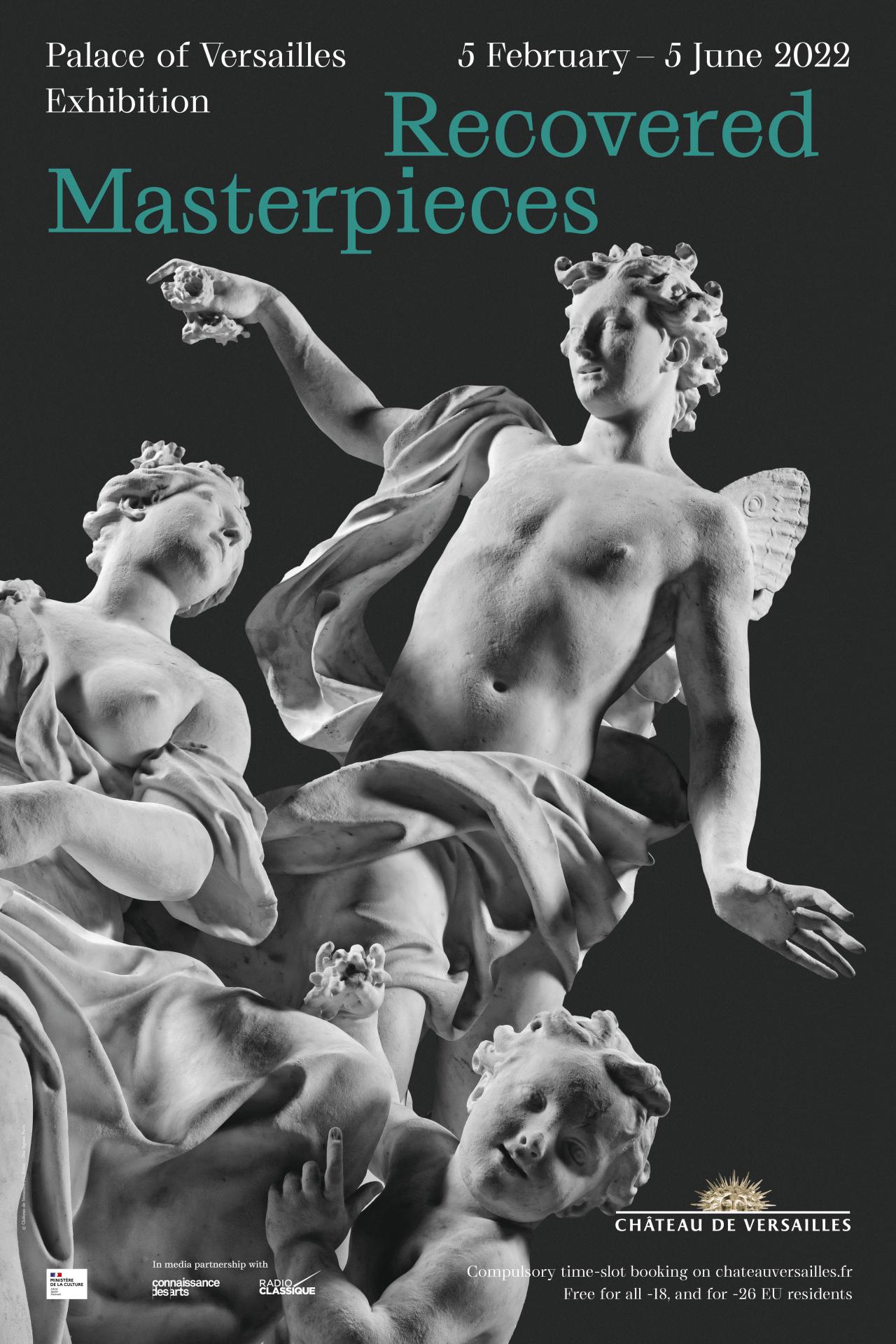 L’Abondance represents an allegory for renewed prosperity under the auspices of the peace-making king. In 1773, it was placed in the gardens of the Château of Menars (Loir et Cher), inherited by Marquis of Marigny Abel-François Poisson from his sister, the Marquessa of Pompadour. As the Director of the King’s Buildings from 1751 to 1773, Marigny benefited from Louis XV’s generosity. This included the donation of many sculptures kept in the royal warehouses, one of which was Zephr et Flore in 1769. This prestigious collection of sculptures was broken up and dispersed at a sale in 1881, with brothers Alphonse and Edmond de Rothschild both acquiring some of the finest works. This is how Zéphyr et Flore and L’Abondance joined the collections assembled by passionate lover of art, Alphonse de Rothschild, in his iconic Parisian hotel on Rue de Saint-Florentin

Multiple document archives, including a previously unpublished photograph album, provided the keys to what happened to these two sculptures under German occupation. Returned after the war, the sculptures were placed in the garden of Hotel Ephrussi de Rothschild, in Paris, which in 1979 became the headquarters of the Embassy of Angola in France. The two works, kept so long in private hands, were somewhat forgotten until identified in 2018, which led to their prestigious histories being retraced. Given the historic and artistic value of these two masterpieces and the Palace of Versailles’ efforts to rebuild its artistic heritage, the Republic of Angola decided to donate them to France, so that they could rejoin the collections of the National Museum of the Palace of Versailles and the Trianon.

Multiple paintings representing the god of the west wind and the nymph of spring show how popular this subject was at Trianon, Louis XIV’s private residence and a true “Palais de Flore”. What’s more, a collection of works presented will shed light on the origin of the sculpted figures. It was significantly inspired by the Louis de Boullogne’s great painting in 1701 for the Fontainebleau gallery and notably reproduced by the Gobelins tapestry weavers. After the exhibition dedicated to these sculptures, they will be displayed on the permanent visit route, one in the palace, the other in the Grand Trianon. Never-before-seen works and documents will also be displayed, evoking Choisy, Louis XV’s beloved residence, as well as Chateau of Menars, a jewel on the banks of the Loire.

Commissioned by Louis XIV for the gardens of the Grand Trianon, this group of sculpted figures was one of the last masterpieces from the end of the monarch’s reign. Begun in 1713 by Philippe Bertrand and René Frémin, then completed by Jacques Bousseau in 1726, this work evokes a certain reorientation towards romantic, light-hearted themes, announcing the art of the reign to come as that of the Sun King drew to a close. It was created for the Trianon woods, which were developed for almost exclusive use by the sovereign and decorated with many sculptures. The arrival of this work at Versailles represented in a way the realisation of one of Louis XIV’s last dreams, who only ever saw the initial version displayed in his gardens.

Lambert Sigisbert Adam created L’Abondance between 1753 and 1758, commissioned by Louis XV for his Choisy residence. Though many works were commissioned from the best sculptors, it was rare for the sculptures to actually be displayed at Choisy. Charles-Antoine Coypel, First Painter to the King, designed the Grove of Peace to celebrate the second Treaty of Aix-la-Chapelle (1748), which ended the War of the Austrian Succession. It was meant to be decorated with five marble sculptures, commissioned from the best artists of the time. However, out of this fascinating collection, only the statue of L’Abondance was ever finished.

The addition of these two masterpieces to the collections of the Musée National des Châteaux de Versailles et de Trianon was made possible thanks to the exceptional donation of the Republic of Angola.

A free audio tour of the exihibition is available in French and English. 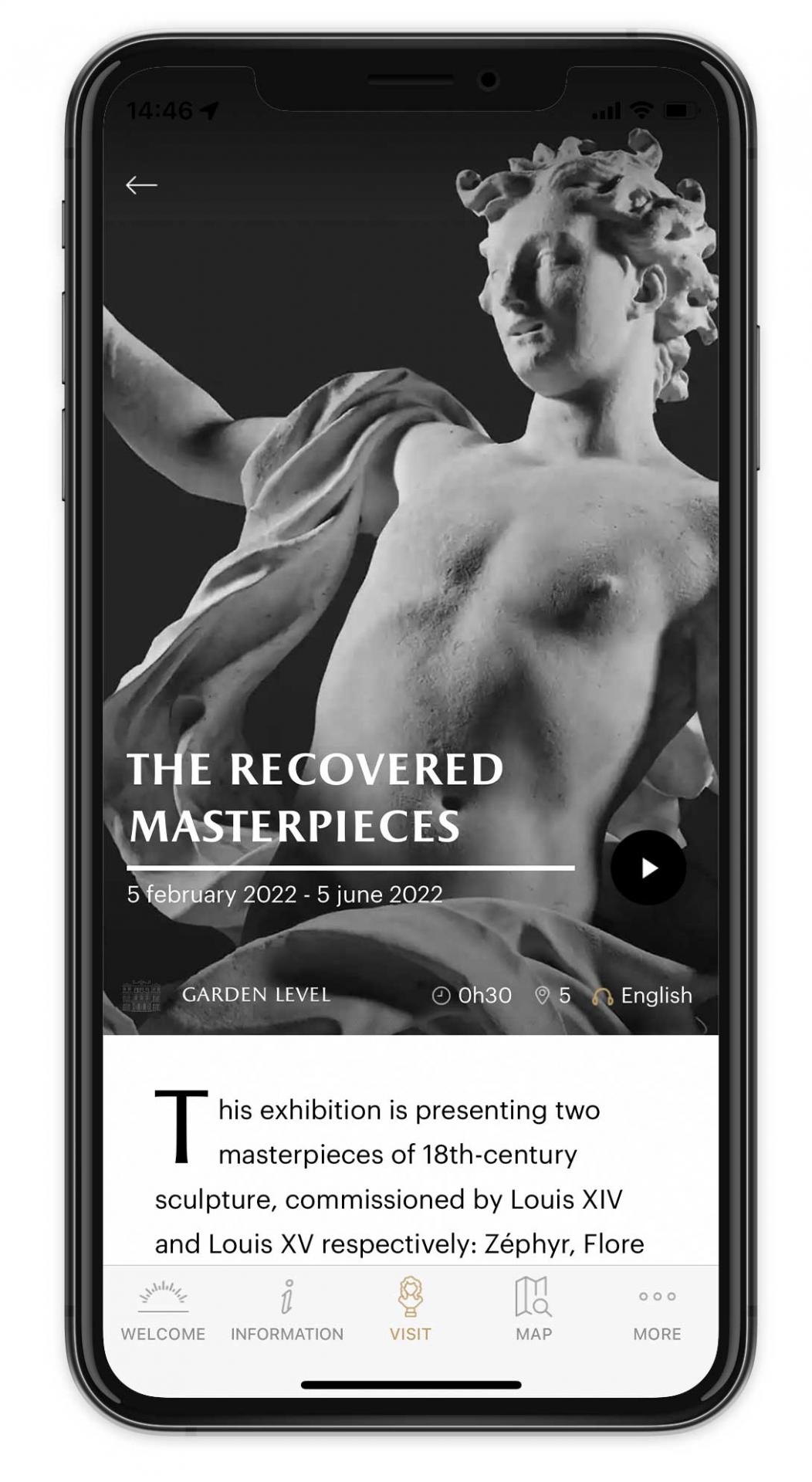 Lionel Arsac, heritage curator at the Palace of Versailles.

In connection with the exhibition

This exhibition is presented in the Dauphine apartments, on the ground floor of the Palace of Versailles. It can be accessed with a Palace ticket or a Passport ticket.

The opening hours of the exhibition are those of the Palace of Versailles.