On 17 and 18 September 2022, for the 39th edition of the European Heritage Days, the Palace of Versailles invites you to a French Republic-themed tour!

The French Republic at Versailles

Formerly the Palace of Kings under the Ancien Régime, from 1871, the Palace of Versailles was home to the National Assembly after it fled Paris, and the Paris Commune's revolutionary government. In 1876, a new hemicycle hall was inaugurated in the South Wing to serve as the Chamber of Deputies. Though the deputies returned to the Bourbon Palace in Paris in 1879, the new and expansive room offered a venue for the two chambers to be united as a "National Assembly” under the Third and Fourth Republics, in particular when electing the President of the Republic. To this day, the Congress Chamber is where the Senate and National Assembly can sit as a Congress to adopt changes to the constitution, or for addresses from the President of the Republic to both assemblies.

As well as this space, exceptionally open to the public, you can also discover the Seal Room and the Apartments of the President of the National Assembly during your tour.

On 20 June 1789, the deputies of the Third Estate met on the Royal Tennis Court and swore an oath to not separate before giving France a constitution. This founding event of French democracy was immortalised by Jacques-Louis David in a large mural that was never completed, which can now be seen in the recently restored Royal Tennis Court.

During your tour, you will be able to ask questions to mediator students from the Ecole du Louvre to learn more about these places, where the Republic took form in the Palace of Kings!

Location: South Wing (Congress Chamber, Seal Room and the Apartments of the President of the National Assembly) and the Royal Tennis Court

Accessing the Congress Chamber: the entrance is located at 2 Rue de l’Indépendance Américaine (visitors in wheelchairs can enter via the Princes’ Courtyard)

Versailles and the Republic

European Heritage Days are also an opportunity to discover Campus Versailles, a training hub for artistic and artisanal crafts. On Saturday 17 September 2022, visit the King's Great Stables for a self-guided tour and discover the pilot spaces of Campus Versailles, an exhibition on heritage and artisanal crafts (tools, videos about the crafts, etc.) and a photo exhibition on the work completed by students in their final year. 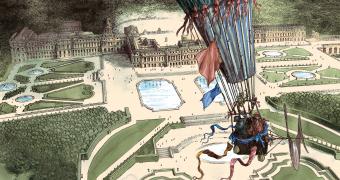 The Palace of Versailles in comic books

For the first time, the Palace of Versailles will devote an exhibition to the representation of Versailles in comics: gardens, architecture, historical figures serve as inspiration for authors and illustrators ... 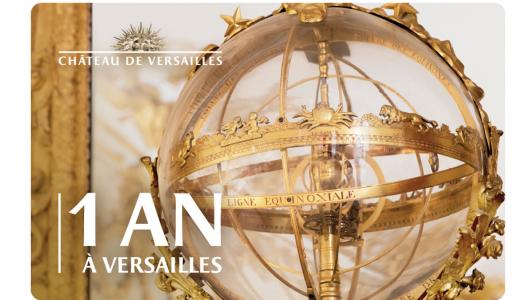