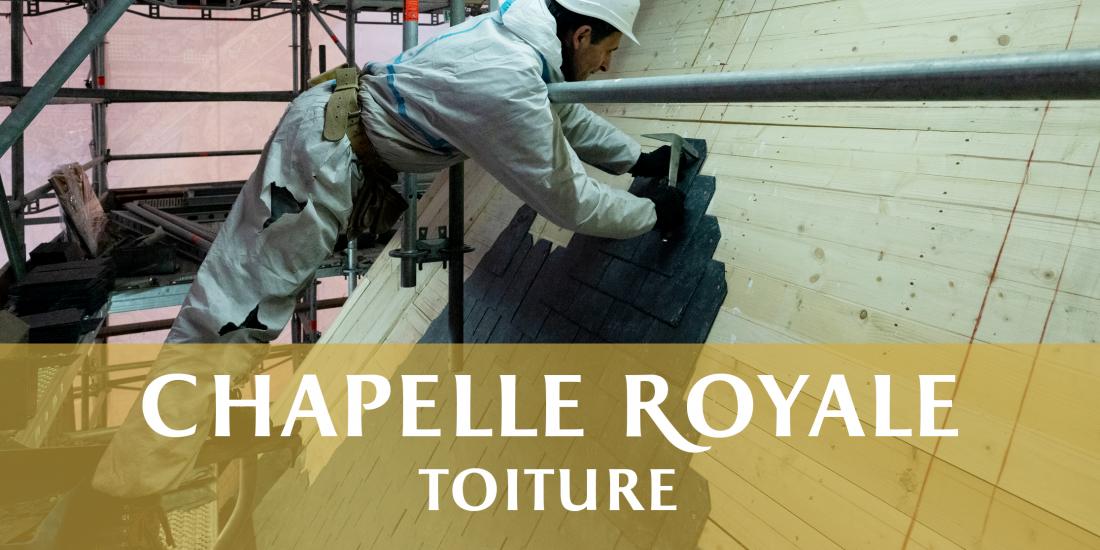 To protect the building from any damage caused by bad weather, the whole roof of the Royal Chapel is being restored to ensure it is insulated, waterproof and solid. The work of the roofers aims to replace the structures and any damaged slates with new slates. It will also enable the repositioning of the lead gutters and sculpted adornments.

tonnes of lead in all on the edifice

millimetres thick: the fir planks making up the batten roof

lead ridge adornments enhance the roof of the Royal Chapel. These elements will be entirely gilded with fine gold. 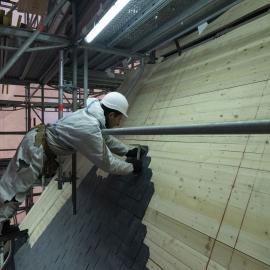 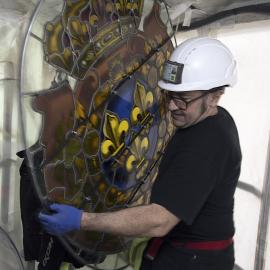 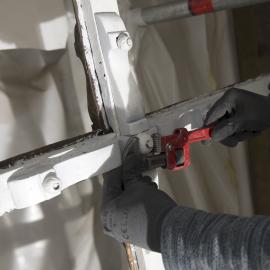 A long-term effort between sky and roof

In the process of the restoration work, the roofers began by removing all the damaged slates. Lead elements were also removed, as well as the sculpted adornments. Once everything had been removed and the framework of the roof was visible, the roofers set about the long work of fixing on a new waterproof covering and a new slate roof. When the Chapel was built, the slates were held in place by copper hooks that supported them from the underside. Today, the slates are fixed onto timber battens, which make up the first layer of protection covering the framework. The battens are made of fir timber and enable the slates to be secured one by one using copper nails. The slates are positioned starting from the bottom of the roof and moving upwards to the top. In order to lay the slates, vertical and horizontal guidelines must be marked on the battens, enabling each slate to be positioned precisely. All the slates are then trimmed by hand and pierced with a slate hammer in the two upper corners in order to hang them. The slate comes from Spain, is very resistant and provides good insulation. Lastly, its black colour reflects a slightly blue tint similar to that of the Angers slate covering the other buildings, thus lending a homogeneous aspect to all the roofs of the Château.

A makeover for the roof of the Royal Chapel

Once the roofing is in place, the work concludes with several important finishing touches. At the bottom edge of the roof, the roofers redo the lead pipes, or gutters, which collect and drain off the rainwater running down from the slates. Each lead plate is welded to the other in order to provide maximal waterproofing. Welding is also used to put the finishing touches to the ridges and hips, the parts of the framework forming the protruding angles at the top and sides of the roof. Lastly, the original aesthetic of the roof must be restored by repositioning the different lead sculptures and adornments on the ridge of the roof and gilding them with fine gold (Episode VII). This stage of the works will be completed in March 2020 and promises to lend an added touch of splendour to the building. 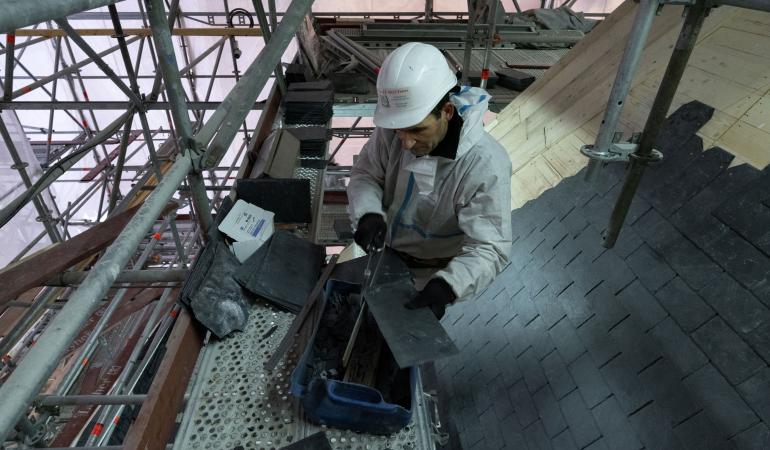 "It's a wonderful trade; we choose a place to write our names under the slates, for future generations of roofers."

And fix them to the roof 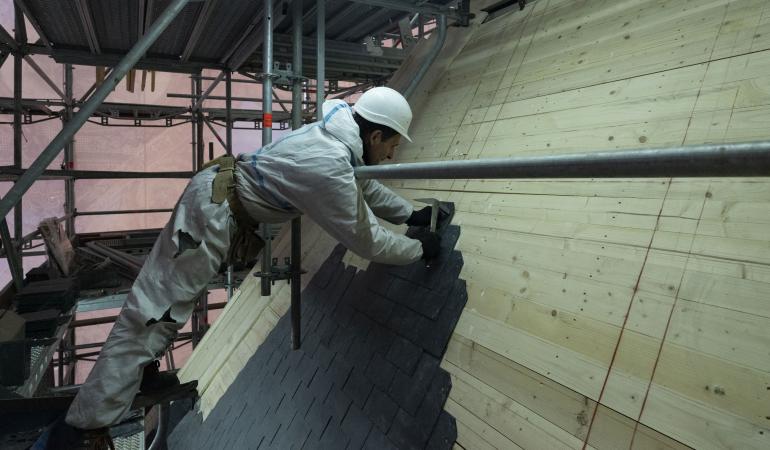 "As there is a lot of lead on the site, we must first of all think of safety."