Until the 25 February 2018, the Palace of Versailles features an exhibition that presents how visitors from all over the world already rushed to this open to all palace since the reign of Louis XIV

With more than 7 million visitors per year in the XXIst Century, Versailles is one of the most visited historic sites in the world. The palace and gardens of Versailles have attracted visitors ever since the small hunting lodge built by Louis XIII was transformed by Louis XIV into one of the most stunning residences in Europe, open to everyone according to the King's will.

Cosmopolitan Versailles has welcomed French and foreign travellers, princes, ambassadors, artists, writers and philosophers, architects, scholars, tourists on the "Grand Tour" and day trippers from near and far. While some came to Versailles to see the King or win his favour, others were received officially by the Sovereign in the Palace, a place of intensive diplomatic activity.

Both public and private the palace of Versailles hosted the quotidian show that the King performed for his Cour and all his subjects. Visitors flocked from all over the world to this castlet that became the most accessible in Europe. The whole society without any distinction was invited to go to Versailles. 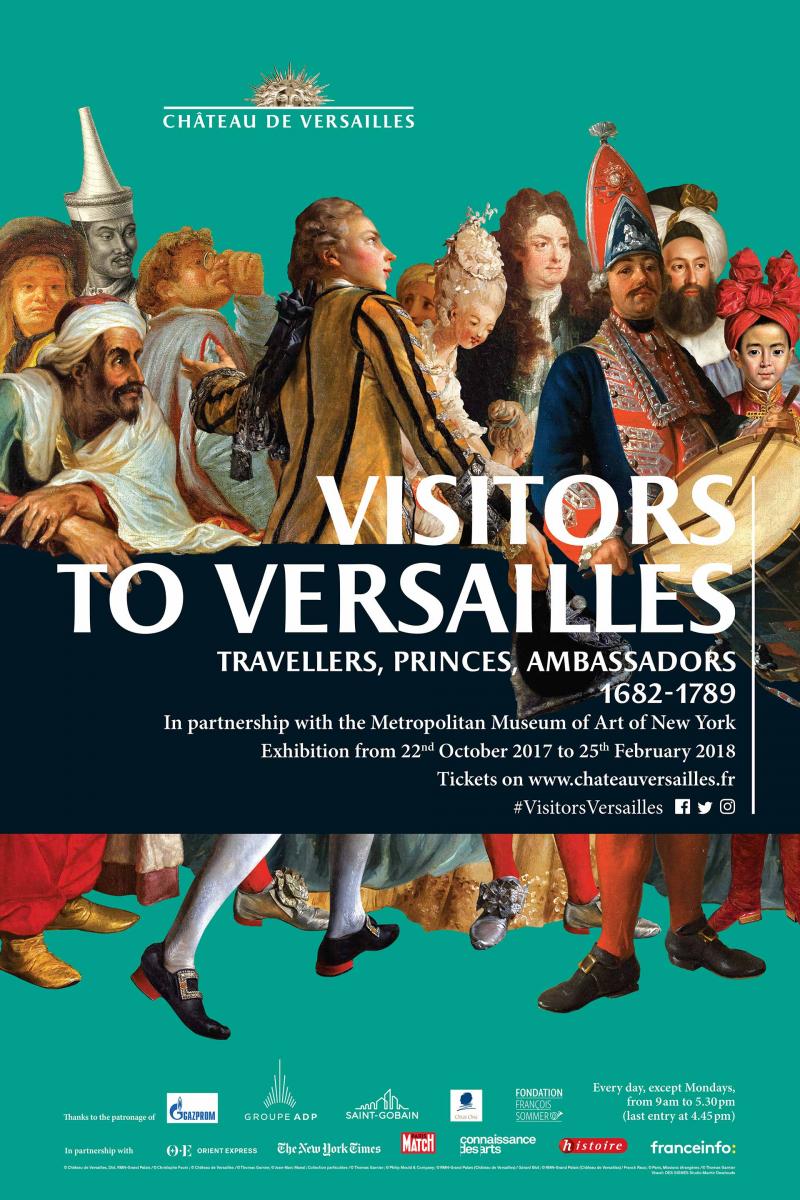 From the ambassadors of Siam in 1686 to the ambassadors of the Indian Kingdom of Mysore in 1788, representatives from almost every continent came to Versailles. Each visit was an opportunity to discover beautiful national dress and the originality of the gifts visitors brought with them. Gazettes, literary journals and official memoires bore testimony to the most important visitors and the parties held in their honour.

The exhibition is the first on this subject and will turn the spotlight on these visitors through more than 300 works from the late 17th century to the French Revolution. With portraits and sculptures, Court attire, travel guides, tapestries, Sevres and Meissen porcelain, display weapons and snuffboxes, the exhibition will reveal what visitors discovered upon arriving at Versailles. It will also show the sort of welcome awaiting them, what they saw and their impressions, the gifts or memories they left with. Visitors today will discover the Palace through the eyes of those who have gone before them over the course of history.

Some works from the exhibition

A twelve soundtracks audio guide is available in three languages (French, English ans Spanish). Each soundtrack addresses a particular theme, calling upon the visitor's imagination, thanks to the testimonies of those who preceeded him between 1682 and 1789. The narrator, the Grand Chambellan de France, introduces in each of the exhibition's rooms one of the witnesses who tells aspects and reasons of his visit.

The audio guide is included in the entrance fee and in the mobile app "Palace of Versailles" available on the App Store and Google Play.

The exhibition will be held until the 25 February 2018 in the Château, Tuesdays - Sundays. Opening hours:

Acces to the exhibition with a 1 or 2-day Passport ticket, a Palace ticket, the "A year at Versailles" card as well as for the beneficaires of free entry.

The Exhibition ticket is only available online and provides a priory access to the exhibition.

Discover three multimedia stories, Kosa Pan, Siam’ ambassador in France in 1686, Benjamin Franklin, who met Louis XVI in 1778, and Mrs Thrale, a British diarist, who stayed in Versailles in 1775.

Game Booklet of the exhibition 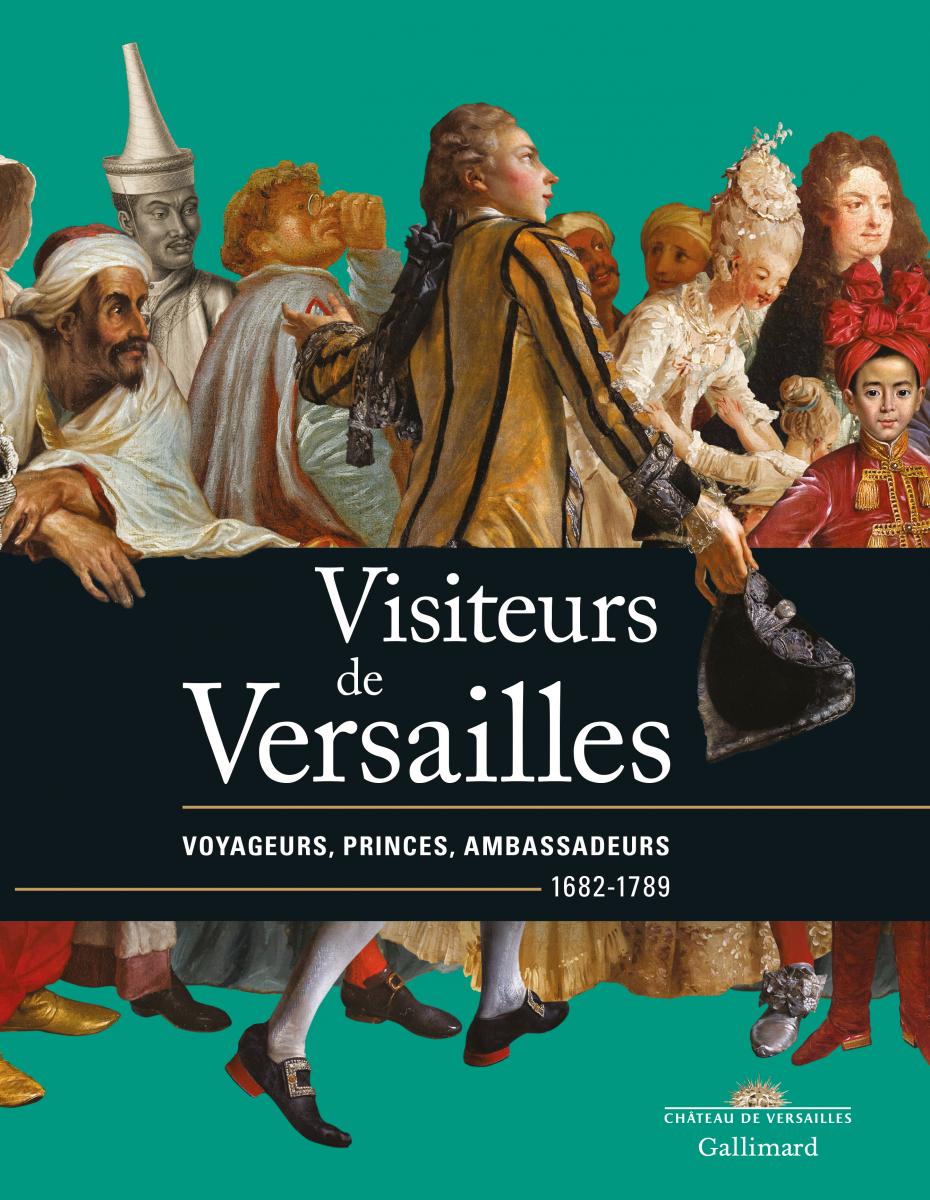 With protraits and sculptures, Court attire, travel guides, tapestries, Sevres and Messein porcelaine, display weapons and snuffboxes, this catalogue reveals what visitors discovered upon arriving at Versailles, what they saw and their impressions, the gifts or memories they left with. The catalogue is available only in French.

The partnership with the Metropolitan Museum of Art of New York

Jointly organised by the Palace of Versailles and the Metropolitan Museum of Art, the "Visitors to Versailles 1682-1789" exhibition is the first large-scale collaboration project between the two internationally-renowned cultural institutions. From the reception of Benjamin Franklin at the court of Louis XVI in 1778, to the extraordinary patronage of John D. Rockefeller Jr. in the 1920s, Versailles has always been a key location in which French and American friendship has been played out. More than 800,000 American visitors now come to admire beauty of the Estate of Versailles every year, making the USA the country that provides the largest number of foreign visitors.

This exhibition is made thanks to the sponsophip of Gazprom, Groupe ADP, Saint-Gobain and Opus One,

with the participation of the Fondation François Sommer and Madame Krystyna Campbell-Pretty and her family,

with the support of Moët Hennessy,

in media partnership with: For its 10th contemporary art exhibition, the Palace of Versailles presents a unique itinerary through the groves from 22 October 2017 to 7 January 2018, curated by the Palais de Tokyo. The princes of Rambouillet.
Family portraits

The Centre des Monuments Nationaux and the Palace of Versailles present an exhibition on the occasion of the reopening of the Château de Rambouillet.