Construction of the Royal Chapel was completed in 1710 at the end of the reign of Louis XIV. It was the fifth – and final – chapel built in the Palace since the reign of Louis XIII. The design was presented to the king by Jules Hardouin-Mansart in 1699. Unfortunately, the First Architect to the King died in 1708 before the end of the works, which were finished by his brother-in-law, Robert de Cotte.

The last building of Louis XIV

The building’s overall design, large glass windows and buttresses were inspired by Gothic architecture. The Chapel was dedicated to Saint Louis, the patron saint of the king and an ancestor of the royal house, and included references to the Sainte-Chapelle of Paris which he had founded. Although the interior elevation with its layout on two floors follows the usual format for Palatine chapels, its architecture with its imposing colonnade on the first floor was clearly inspired by Antiquity.

The vaulted ceiling, which Hardouin-Mansart designed without transvers ribs to create a unified surface, is dedicated to the Holy Trinity: in the centre is God the Father in his Glory by Antoine Coypel, in the apse is The Resurrection by Charles de La Fosse, and above the Royal tribune is The Descent of the Holy Ghost by Jean Jouvenet. 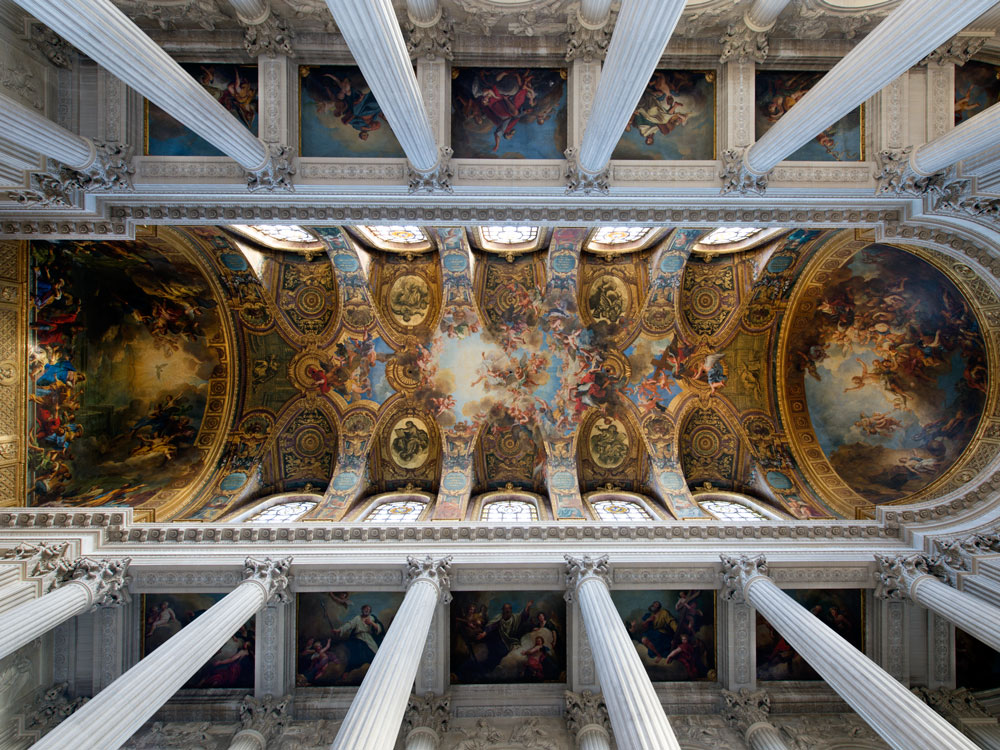 Every day the Court attended the King’s mass, which was usually held in the morning at 10. The sovereign sat in the royal tribune surrounded by his family. The ladies of the Court occupied the lateral tribunes, while the Officers and members of the public were seated in the nave.

The king never descended into the nave except during religious celebrations when he took communion, ceremonies of the Order of the Holy Spirit, and the baptisms and weddings of the Princes and Princesses of the Realm which were held there from 1710 to 1789. 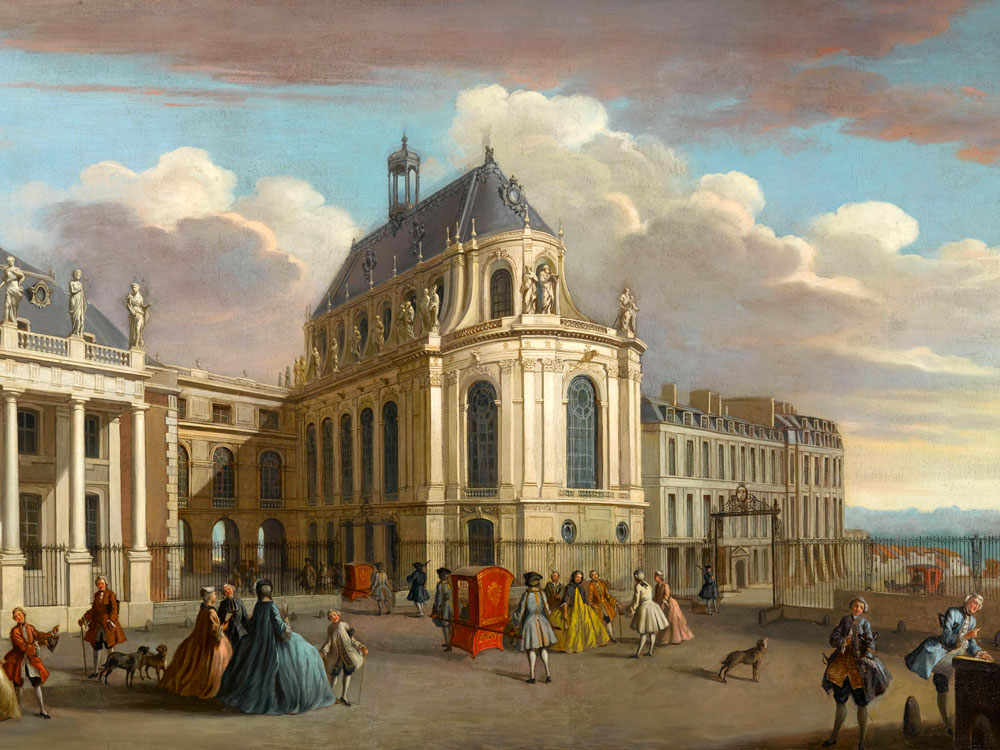 The music of the Chapel, which was renowned throughout Europe, rang out with motets every day throughout the service, resonating from above the altar and around the organ designed by Clicquot. The instrument is decorated with a beautiful depiction of King David in relief and has been played by great musicians such as  François Couperin. 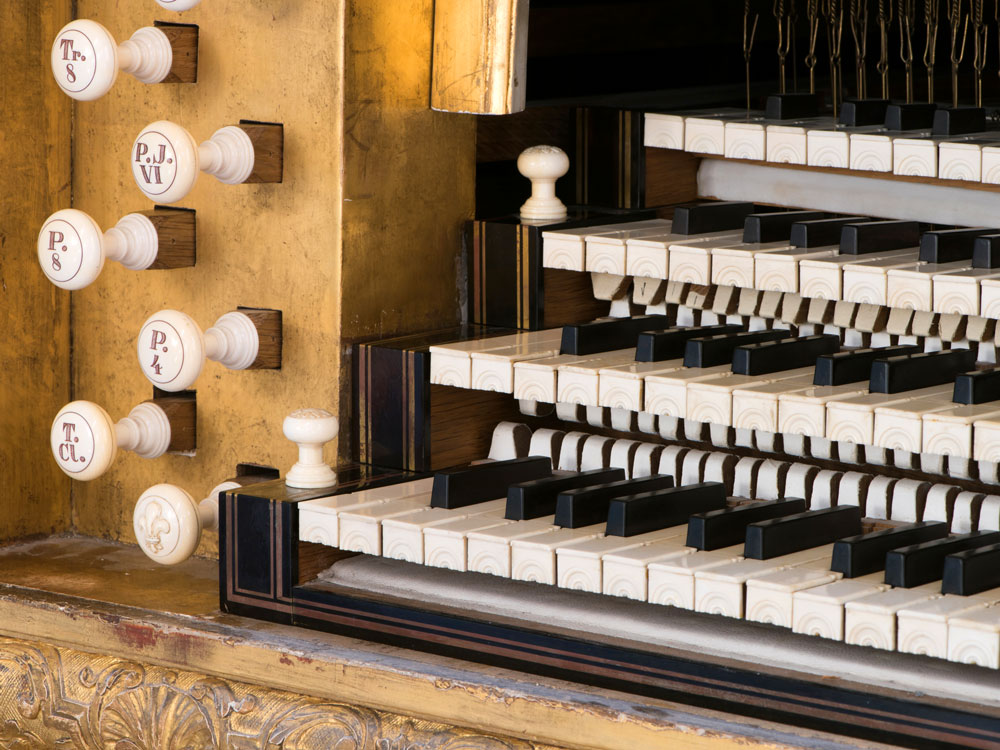 The construction of the Royal Chapel was completed, between 1708-1710, by important ancillary spaces, for which a location had been reserved at the end of the north wing. Some of these spaces are undergoing major renovations, like the Great Sacristy, the largest and most precious room of the annexes to the Royal Chapel. 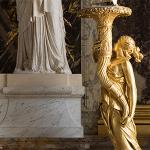