In the 19th century Versailles was given a new destiny: it was to become the Museum of the History of France dedicated "to all the glories of France", in accordance with the wishes of Louis-Philippe, who became King of France in 1830. Additions continued to be made to the collections, mainly consisting of paintings and sculpture, until the beginning of the 20th century.

Today the Museum as Louis-Philippe wanted is no more but some rooms still exist and are open to the public during free visits or guided tours such as the Gallery of Great Battles, the Empire Rooms and the Crusade Rooms.

After the 1830 Revolution, which overthrew Charles X, the last remaining brother of Louis XVI, his cousin Louis-Philippe d’Orléans was proclaimed King of the French. With a decision taken in 1833, the new sovereign asserted his intention to find a new use for Versailles. He withdrew its status as a Royal residence (which it had not been since 1789) and turned the Palace into a museum. The King was passionate about history, a discipline that was beginning at that time to be seen as science in its own right, and decided to collect together in one place all the paintings, sculptures, drawings and engravings that depicted the events and personalities that had marked French history since its beginning.

To build his new collection, Louis-Philippe drew on the old royal and princely as well as private and institutional collections, completing it with copies and retrospective works commissioned from contemporary artists. He gave his architect Frédéric Nepveu the task of designing and supervising all the necessary changes. Nepveu, following his royal master's orders, had to make some radical changes in the Palace, particularly in the North and South Wings, where the apartments which under the Ancien Régime had housed princes and courtiers were now sacrificed (although the best of the woodwork and decorations were removed for preservation). The Palace was thus transformed from a residence into a museum.

For Louis-Philippe, the museum inaugurated in 1837 and dedicated "to all the glories of France" was also a political act: his aim was to reconcile the partisans of the different regimes that had ruled France in turn since 1789 and to consolidate his own legitimacy as King of all the French.

Napoleon III completed the conversion of the museum, but the Franco-Prussian war of 1870-1871 brought its development to an abrupt halt. Versailles was occupied by by the Prussians from September 1870 to February 1871 and the German Empire was proclaimed in the Hall of Mirrors on 18 January 1871 . In March 1871 the French National Assembly moved into Versailles, where it was joined by the ministries during the Paris Commune. The Third Republic was adopted there on 30 January 1875. At the end of the 19th century the museum's curator Pierre de Nolhac decided that Versailles should again reflect its past as a royal residence and undertook to reorganise the collections. He dismantled part of the installations of Louis-Philippe's museum, began to reallocate the collections, and embarked on an active policy of new acquisitions.

Today Versailles thus reflects its dual past, with two distinct and complementary aspects: that of Ancien Régime royal residence and that of a 19th century museum.

With over 6,000 paintings and 3,000 sculptures, the museum remains the main iconographic source on the history of France.

The creation in 1837 of these five rooms in the North Wing reflected the enthusiasm for the Middle Ages that developed during Louis-Philippe's reign. The Crusades theme arose directly out of historical research being carried out at the time (such as Joseph-François Michaud's monumental work Histoire des Croisades published between 1812 and 1822). He encouraged the King to commission a set of almost a hundred and fifty paintings to be placed in an exceptional neo-Gothic setting specially created for the purpose (painted and carved woodwork, furniture, light fittings). The artists given commissions included Eugène Delacroix, who painted The Crusades Entering Constantinople (completed in 1840). The painting was moved to the Louvre in 1885 and replaced by a copy at Versailles.

In the largest of these rooms, Louis-Philippe installed the cedar door from the Hospital of Saint John of Jerusalem given to him by Sultan Mahmud II. 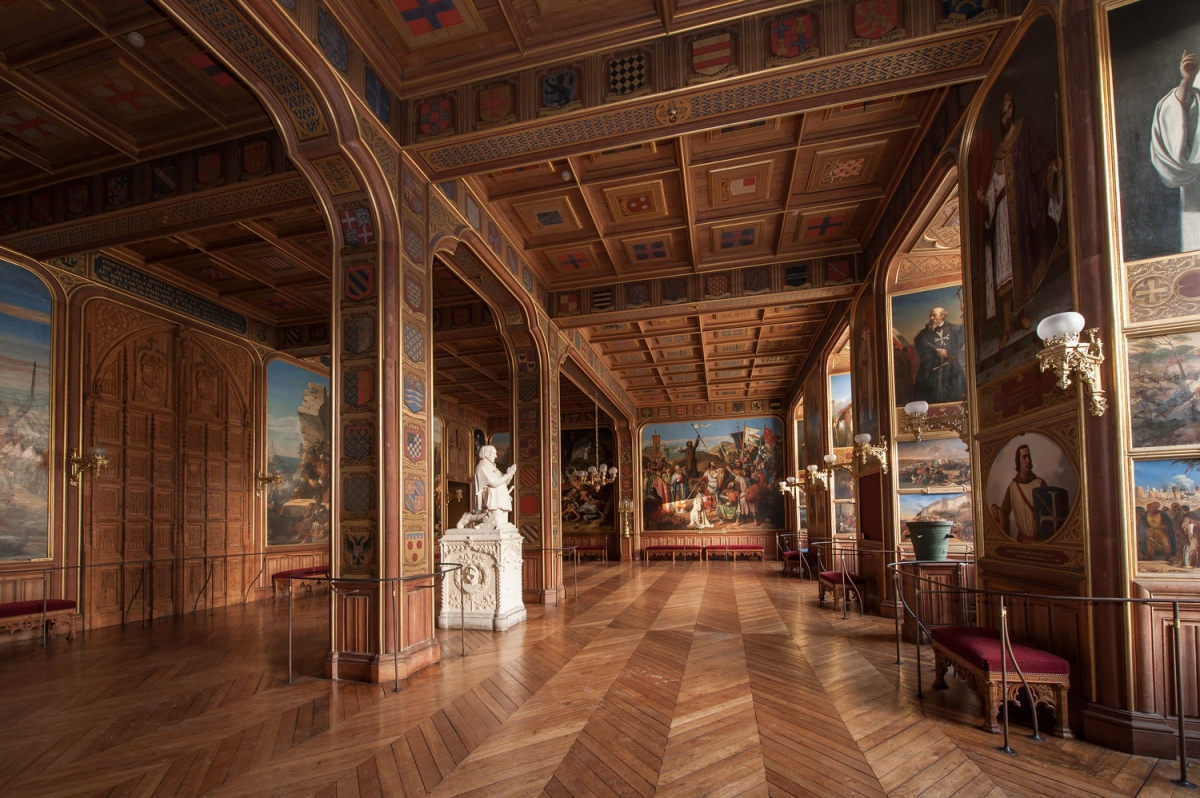 The Africa, Crimea and Italy Rooms

These are actually seven rooms on the first floor of the North Wing. The first three, reached by a monumental staircase, were, on the personal wishes of Louis-Philippe, dedicated to the illustration of the conquest of Algeria between 1830 and 1847. The so-called 'Constantine' depicts the siege and capture of that city in October 1837. On either side of this room are two other rooms, one dedicated to the taking of the Smalah of Abd-el-Kader on 16 May 1843 (depicted in a huge canvas by Horace Vernet, over 20 metres long and 5 metres high) and the other to French successes in Morocco, which led to the signing of the 1844 Treaty of Tangiers.

After the 1848 Revolution and the fall of Louis-Philippe, Napoleon III decided to extend this set of rooms to celebrate his own military triumphs in the Crimea (taking of Sebastopol, 1855) and in Italy (victory at Solferino, 1859). Finally, the Third Republic concludes this monumental collection with an evocation of the Franco-Prussian War of 1870 (Charge de Reichshoffen by Aimé Morot, 1887).

Today these rooms are used for temporary exhibitions and can rarely be visited in their entirety. 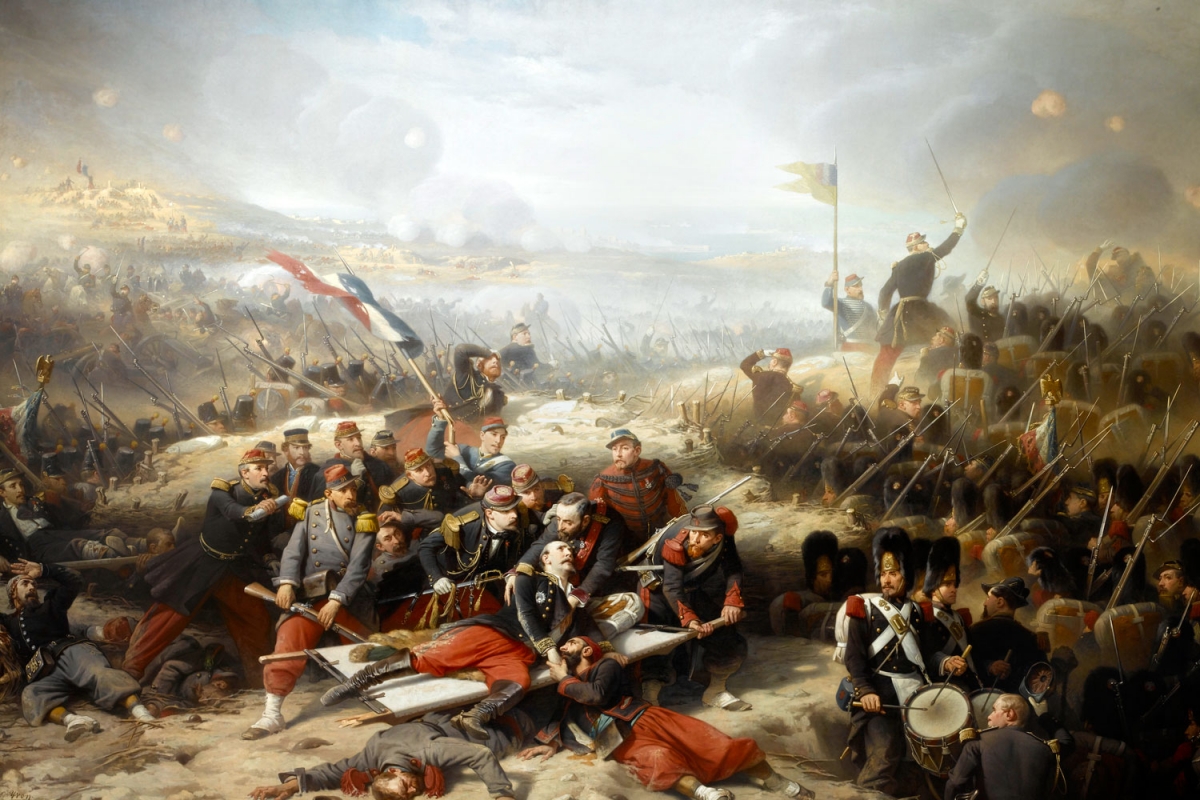 The ground floor of the North Wing, underneath the Gallery of the Great Battles, is occupied by a set of thirteen rooms which were among the first laid out by Louis-Philippe. After some hesitation, the King chose to illustrate the military campaigns of the Directory, the Consulate and the Empire. The paintings – many of which were commissioned by Napoleon himself – are displayed in rooms richly decorated with timber and painted panels, adding to the effect of this string of rooms, although the paintings – after numerous modifications to the display – are no longer hung in the chronological order originally preferred by Louis-Philippe. 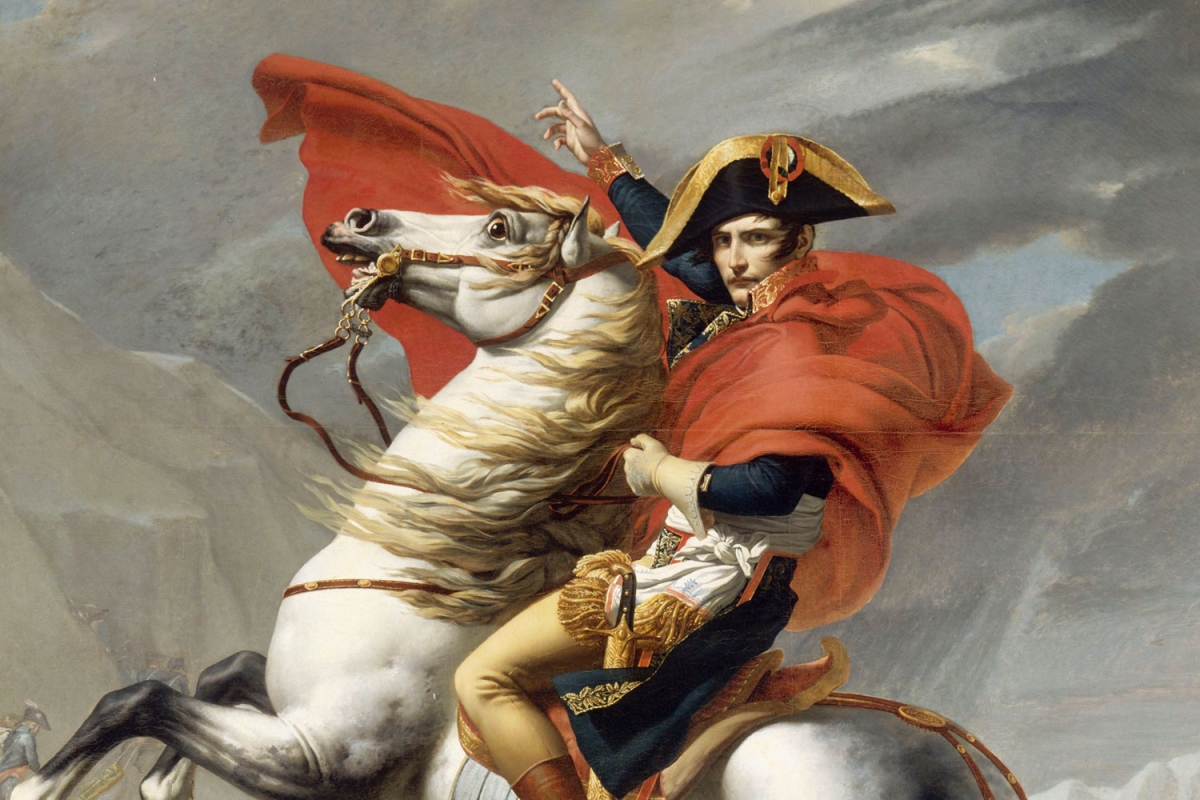 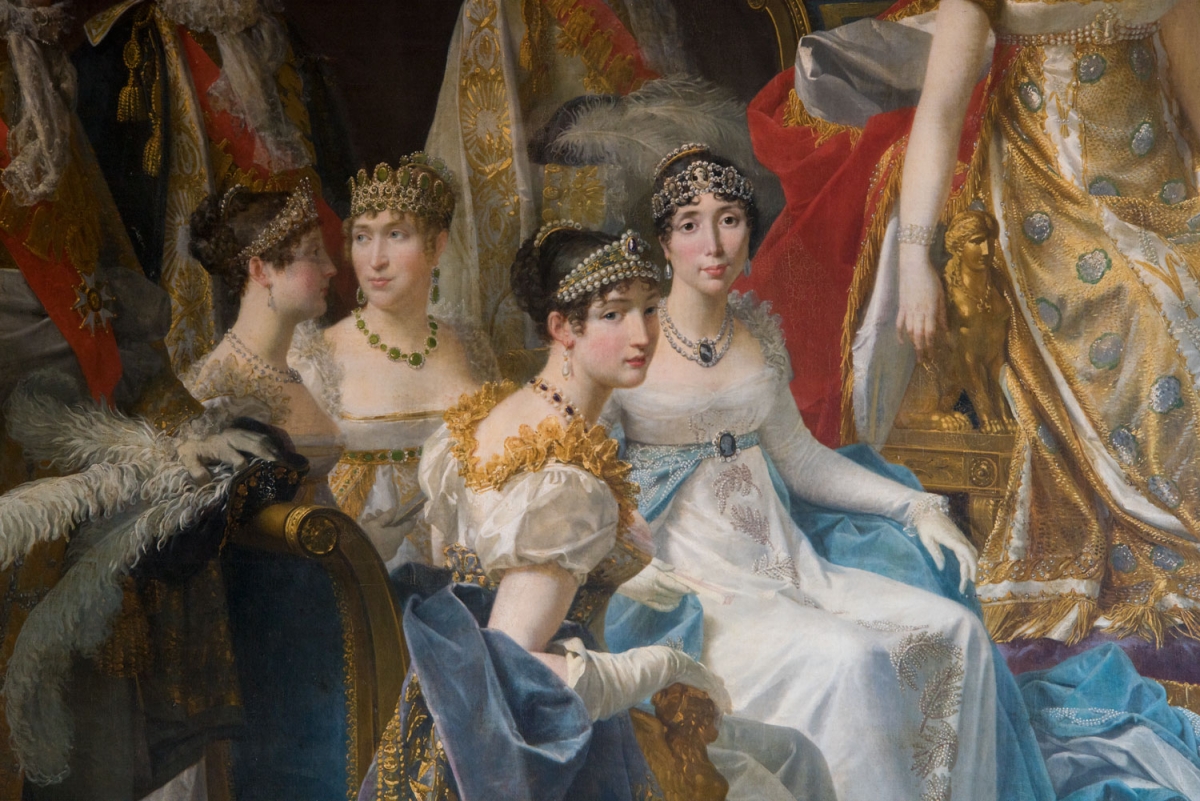 The North and South Attics

The attics of the North and South Wings were entirely restructured under Louis-Philippe and today offer long sequences of rooms where most of the Museum's collection of paintings is displayed, in chronological order, from the French Revolution  (the Chimay Attic, above the Queen's Apartment) to the celebration of the Treaty of Versailles of 1919 at the end of the North Wing. 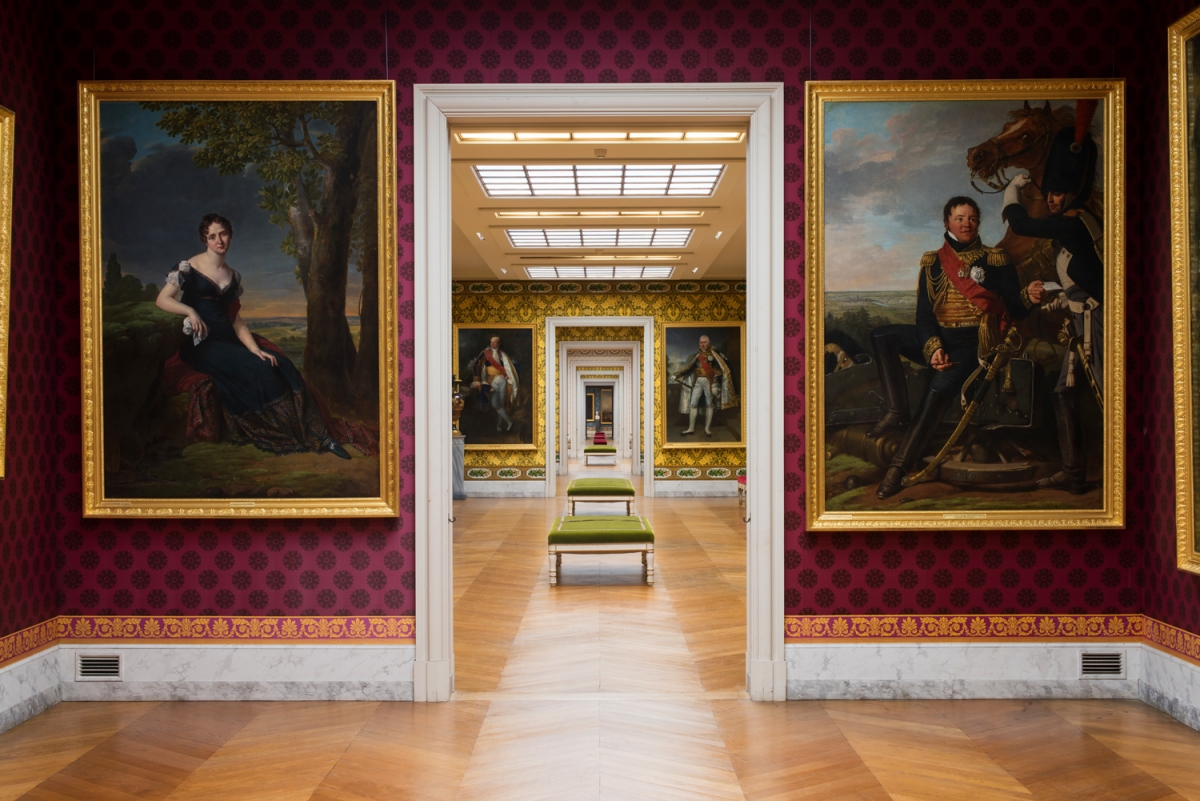 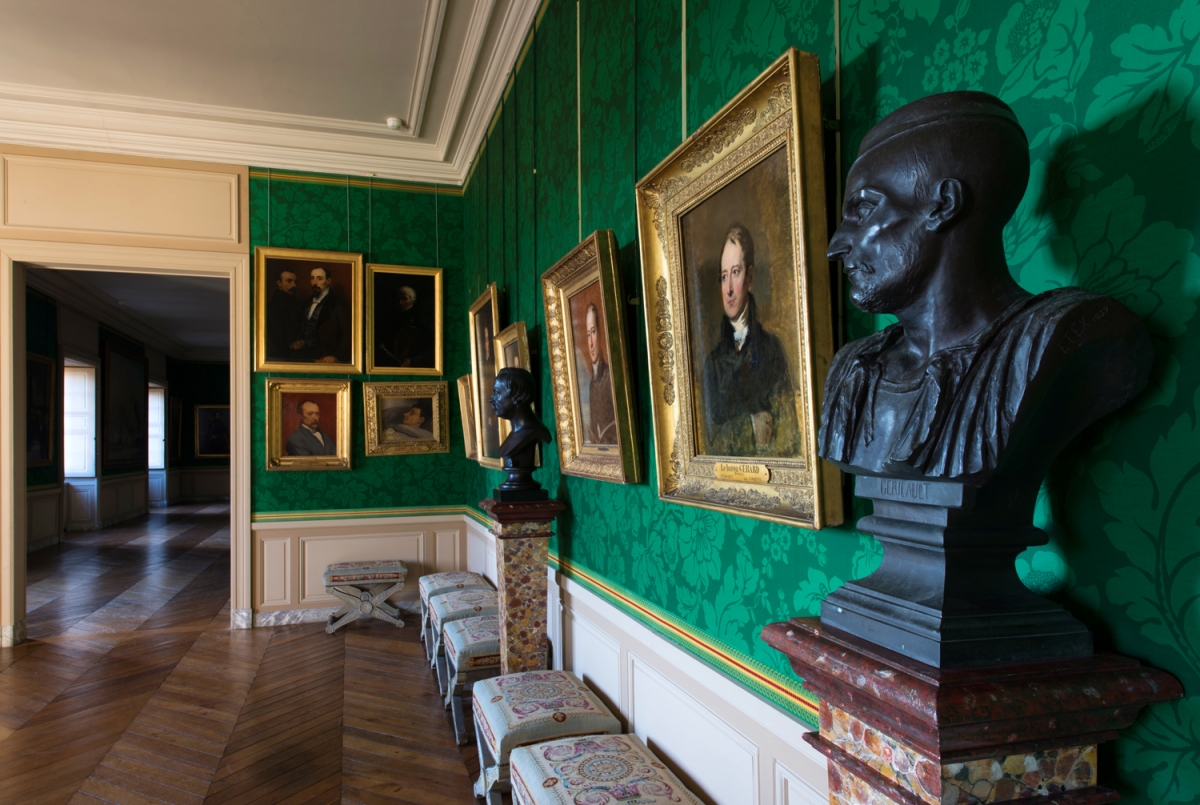 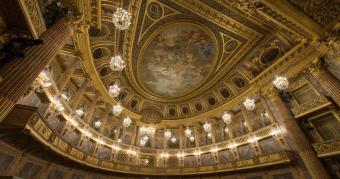 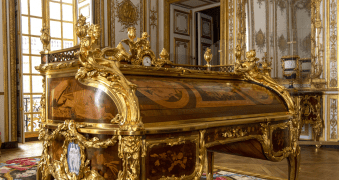 Restoration of the King's Private Chamber

The restoration of the King's Private Chamber, launched thanks the patronage of Rolex France, will restore the room to its former glory.